"Why Is It Hard To Get Pain Control Pills In India?"

Economic progress happens when you give young people freedom. When they follow opportunity, there is no plan for the ageing parents left behind. 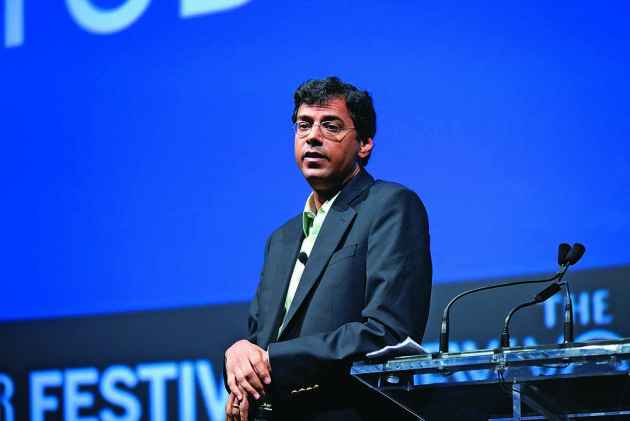 Surgeon-writer Atul Gawande is a writer of best-selling books, mostly riveting essays on the challenges and tricky ethical issues facing modern medicine and about doctors and their mistakes. His recent book, Being Mortal, is a courageous meditation on ageing and death and how doctors can help patients deal with end of life. Gawande was in Delhi recently to deliver this year's BBC Reith Lectures. Soutik Biswas spoke to him on what ails India's public health system. Excerpts:

What do you make of India's dysfunctional public health system?

India's public health system is a complex matter. It is in a country which, in my case, bridges a grandmother who died of malaria before the age of 30 to a grandfather who lived to almost 110, all in a village in Maharashtra. The simple things that made it possible was a little bit of economic development. It allowed them to get clean water, so fewer deaths from diarrhea. It got them irrigation, so they grew more crops and could afford some basic antibiotics and vaccines. My aunts didn't die until into their nineties. But as we live longer our needs become wider. We still have a very high rate of death in child birth. But we have people now developing high blood pressure, diabetes. The top killer in India now is cardio-vascular disease. Heart attacks and strokes have replaced respiratory illness and conditions of malnutrition, though we still have large number of young people dying from respiratory illness and malnutrition.

So our health care system, designed primarily for infectious diseases is facing a fundamental difficulty of adapting to its population's new and suddenly more complicated range of illnesses.

We developed an infrastructure and incredible capability, for example, that achieved the incredible accomplishment of eradication of polio. And over time, India has been able to treat and contain cholera, begin handling tuberculosis. People are living longer and better lives. But it's an unfinished agenda. Childbirth is still a major killer for newborns and for mothers. Then there's the new, wider range of illnesses — everything from gall bladder problems to kidney stones. Things that don't kill you, but make you miserable, things that you need help for. And when you go to your local primary clinic you are seen barely for a few minutes and no clear diagnosis is given. You are given some medicines and often they are wrong. It leads to a system where people know the knowledge exists to help them but distrust that the doctors and clinics they go to will be able to provide it to them.

Why is public health not an election issue?

This is true around the world. In the US President Obama managed to bring through universal health coverage as an affordable package. Many presidents have attempted to do it, and failed. He succeeded and is being punished in poll after poll (laughs) for having done so because people say it's going to be too costly, or this part of it is not working, or that part of it is not working. I call it the wicked problem. Tame problems are ones that have clean technical solutions. How do you build a bridge between two towns? That's a tame problem. A wicked problem is where do you put the bridge. Don't put it in my neighbourhood if you are going to ruin it. Put it in my neighbourhood because we want the real estate value to go up. There is no right answer. There always will be somebody upset. The wrong answer is to not build the bridge at all.

Women died recently in India after routine sterilisation surgeries. Contaminated drugs have been blamed, but the doctor has been held on charges of carrying out operations in unhygienic conditions. Does India need to concentrate more on doing the basics right?

There is a functional failure in how our systems work. You have some of the best and the smartest people, but if you put them in dysfunctional systems it's demoralising for them and it is unsafe for others. The easy thing to say is that this is a bad doctor, and he will be punished and that will solve the problem. But we all know that's not the case. Having a great doctor only gets you so far if you are not only building the checks and the systems for how our drugs, our devices, our cleaning of the operating rooms and the hospitals, how the basic hygiene is done.

Then there is the issue of morality and probity. How do you begin believing doctors in a system where they are widely believed to be pushing drugs and tests in return of favours from companies and laboratories. There is a huge erosion of trust.

It is a serious problem. When they get sick my father's family members in Maharashtra bypass the government health system because they don't trust what they need will be there. They seek out private doctors, but then have to think twice whether they will be asked to pay a lot of money or whether they are going to do any good and they are constantly asking any health care connection they know.

When my urologist father was alive, even from 10,000 miles away, his relatives here would be calling him up, asking about problems with his nose, for example. He would say the doctor here recommends this, does that make sense. This is because the trust isn't there. He didn't necessarily have the right answers, but the best he could do was give some sense about whether they were being diligent and careful enough. And then it could cost a lot of money.

These are health systems in transition. We have seen many countries pass through this stage. It depends on professionalisation of every step along the way. It needs doctors, leaders who stand for an uncorrupt system and stand for a conscience of a system that works. Medical profession is the conscience of a nation. When we abdicate that responsibility to fight corruption, the destruction of human beings then we are losing. That is the moment to lose hope. But we have many strong doctors here who are fighting for the elimination of corruption in the system, and the functioning of a system that works.

Your new book is about ageing and mortality and you are worried that the role of the family in looking after the old is changing here too.

The role of the family is hugely changing. When my father came to the US he embraced everything there: he gave up vegetarianism, he became a tennis player, joined the local Rotary Club and became the president, embraced Americanism. But there was one part of it that he never could embrace was the way Americans would treat their elderly —  put them in nursing homes and hospitals, spending their last days largely in the hands of strangers, and dying on machines.

He said in India we would never let it happen that way. And we are proving them wrong. In the last decade of visiting here, I have seen a remarkable transformation. It's the rise of retirement complexes and some private hospitals for the aged. Before my grandfather's death at 110, he had 20 years of needing round the clock care. But he still sat the head of the table, he was revered in his family, he was always served first, people came to him for advice on marriages, business decisions, land disputes. He was respected right to the end, died at home, and that's the way we all feel we want it.

But it worked because the young were tethered to the needs of the old. Economic progress happens when you give young people freedom. When they follow opportunity, there is no plan for the ageing parents left behind. The young live with some guilt because there is no plan. And that plan becomes —  well the medicine will take care of it, they end up in hospitals, we find institutions and in those institutions, they don't recognise them as people. Breakdown of the family comes with economic progress.

The most important point is just because you are beginning to need help doesn't mean that you have to give up on having a life of purpose, a life that has meaning for you and connection to others. That means we need to understand what people want to live for in that last phase of life. I think we've had a failure of imagination about what a good life might be for those last years that we are all going to have.

But then most Indians cannot afford assisted living or afford end of life conversations with doctors to decide how they want to live their end of lives.

If you have lived past early diseases and you get to live a long, healthy old life, you will gradually become frail, you will start having blood pressure, diabetes, you will have stroke. In many ways that is a sign of a healthy society. The ending, however, especially the last few years or months are often in pain. Cancers can become very painful, but so can severe arthritis and breakdown of bone, rheumatism. There is often limited help, and starting place begins with recognising that this is a problem and naming the goal of well being of people in this stage of lives.

One of the most simple places to start here is pain medication. You do not provide any medication in India. Access to narcotic medication like morphine for people who have terminal cancer is infinitesimal. It is very hard for people to get medicines they need for pain control. It is a problem of policy. India is one of the largest producers of morphine but it is all for exports. There is concern about being able to control it well enough, The result is when people come to their end, they are in terrible pain. You see people coming out of orthopaedic surgery and being sent home just on paracetamol. Let us at least begin with making pain medication available.