Opinion | Why Is Naveen Patnaik Being Let Off The Hook Over Abhijit Iyer-Mitra’s Detention?

Behind Naveen’s soft exterior lies a shrewd, clinical politician who is not necessarily nice. So the outrage over Iyer-Mitra’s detention should be directed against Naveen. 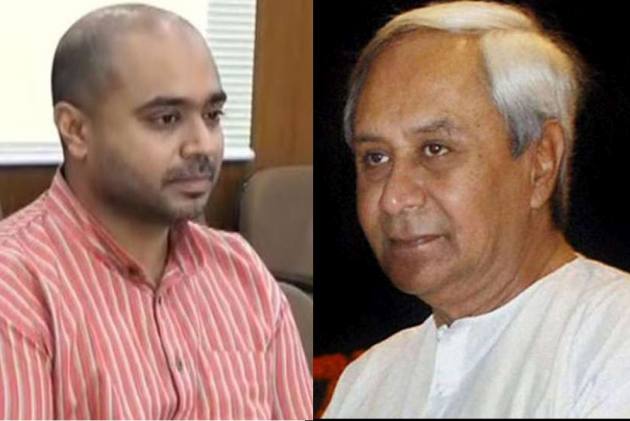 As Naveen Patnaik’s biographer, I must say I am hugely disappointed with him.

When I had set out to study the man and write my recently-released book, Naveen Patnaik, my primary motivation was that the Odisha chief minister was a unique politician who deserved a dedicated tome. Suave, sophisticated and soft-spoken, Naveen came across as a politician with little or no parallel. He had nothing to do with politics for the first 50 years of his life. He spoke no Odia and barely knew Odisha. Yet, he has been the state’s most successful politician in terms of being continuously in power for the past 18 years. Not just Odisha, he is today India’s second longest serving chief minister.

Sadly, however, that is where the differentiation ends.

Jay Panda Chopper Row : 'If Abhijit Iyer-Mitra's Action Was Stupid, What Odisha Govt Did Is Even More Stupid'

Why Target Jay Panda When Naveen And His Colleagues Also Flew Over Chilika?

As I watch the drama around Delhi-based defence analyst Abhijit Iyer-Mitra’s continued imprisonment for what he claimed were satirical videos and tweets that many Odias believed hurt their sentiments, I am compelled to conclude that Naveen is as good or as evil as any other politician. I always knew him to be a politician full of cunning and guile. He is now proving to be much worse.

To understand better, a quick recap of how the events unfolded is necessary.

Iyer-Mitra and another Delhi journalist happened to visit Odisha some months ago when former member of parliament, Baijayant Panda, chose to take them on a helicopter ride over the Chilika Lake and the Puri temple. Iyer-Mitra chose to have fun and recorded a video in which he seemed to be lampooning Odisha culture. He did it again when he visited the Konark temple, unaccompanied by Panda this time.

Iyer-Mitra’s distasteful buffoonery would have gone unnoticed had he not accompanied Panda on the first day. The former MP, once Naveen’s point-person in Delhi, had just had a bitter fallout with the chief minister and was intermittently criss-crossing the state on his personal helicopter in a bid to turn the table on the chief minister. Naveen was looking to halt Panda’s campaign and the helicopter ride over Chilika came as a godsend opportunity. Citing that Panda had violated a no-fly rule over Chilika – it later transpired there was no such rule – the state authorities lodged a complaint against the ex-MP and seized all three helicopters of his family. Panda was caught stranded.

Then surfaced Iyer-Mitra’s videos and Naveen’s ruling Biju Janata Dal turned them into an ‘attack’ on Odia culture and tradition. Iyer-Mitra landed in a soup, but Panda was no less embarrassed. Naveen speaks no Odia till date, but that did not deter him from rallying to defend everything associated with Odisha. The more outrage was stoked over Iyer-Mitra’s remarks, Naveen’s stock as a protector of Odia culture rose.

Less than a year before elections – Odisha will hold simultaneous Lok Sabha and assembly elections in 2019 – making an example out of Iyer-Mitra made for perfect political sense. Odia pride is a sensitive subject that other political parties are loathe to mess with. For once, all sides came together and a committee of the Odisha assembly summoned Iyer-Mitra. At a loss of words over the turn of events, an ashen-faced Iyer-Mitra apologised before the committee last week.

But Odisha’s politicians were not done with him yet. It turned out that he had tweeted some more ‘insensitive’ remarks against the state and its famous ‘rasgulla’ a year ago and the police seized upon those comments to swing into action. He was taken into custody and sent to jail as he walked out of the assembly after offering the apology.

Iyer-Mitra’s jailing has kicked off a huge debate on social media with many calling for his release. But what is disappointing is that none so far – in Delhi and elsewhere - seems to have understood what has led to his incarceration. He has been an easy prey for many. For the Odisha police, he was an easy catch to justify their worth. For the English-speaking Naveen, punishing Iyer-Mitra is a sure shot way of burnishing his pro-Odia credentials. Even Naveen’s bitter political rival, BJP central minister Dharmendra Pradhan, has been forced to toe the chief minister’s line, saying that anyone who hurts Odia pride should be booked. In competitive politics, no one can take any chances.

As I have argued in my book, behind Naveen’s soft exterior lies a shrewd, clinical politician who is not necessarily nice. So the outrage over Iyer-Mitra’s detention should be directed against Naveen.