Return Of The Maharaja: Ghulam Nabi Azad And BJP Fight Over Hari Singh's Legacy In J&K

Jammu and Kashmir government on Tuesday constituted a committee to decide whether it should observe the birthday of the last autocratic Dogra ruler of J&K Maharaja Hari Singh. Here's why 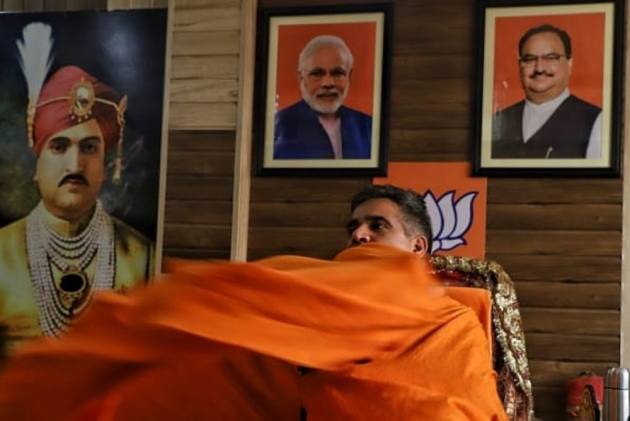 Jammu and Kashmir government on Tuesday constituted a committee to decide whether it should observe the birthday of the last autocratic Dogra ruler of J&K Maharaja Hari Singh.

The government order reads: "Sanction is hereby accorded to the constitution of a Committee regarding the issue of Commemoration of Birthday of Maharaja Hari Singh Ji and its observance in general or under the Negotiable Instruments Act, 1881 in the Union territory of Jammu and Kashmir."

The latest move of the government has come after Congress leader Ghulam Nabi Azad remarked in December, last year, that the last ruling Maharaja of the princely state of Jammu and Kashmir had taken more steps for the welfare of people despite being called a "dictator" and "autocrat" than the present rulers, hitting both Centre, its establishment headed by Lt Governor Manoj Sinha in J&K and the BJP.

Since the statement from Azad, the BJP in Jammu has got unnerved with the BJP president and others have started keeping Maharaja Hari Singh’s huge portraits in their office rooms. Most of the BJP leaders in their interviews ensure that camera pans towards Hari Singh’s portrait many times when they are talking.

What did Azad say about Maharaja Hari Singh? "I was always in favour of the Darbar move. Maharaji (Hari Singh) did three things in the interest of the people. One was Darbar move which was in the interest of Jammu and Kashmir. The second was that no (outsider) can purchase our land which was also in our interest. Third, no one from outside can get a job,"  Azad says. 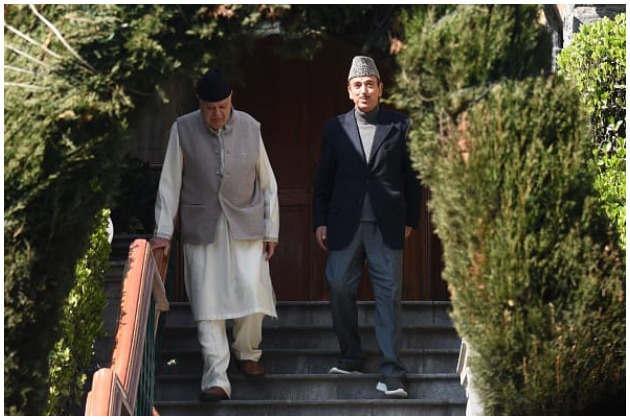 "After so many years, Maharaja whom we described as a dictator, one-man rule and autocrat cared more about people's welfare than today. Today's government has taken away all three things," Azad says.

BJP's reaction to Azad’s comments showed that it was frightened by Azad’s argument. However, instead of responding to Azad’s three main arguments about the protection of land, jobs and having Darbar Move in J&K, the BJP asked Azad “to turn the pages of history and see how Maharaja Hari Singh was disgraced by his Congress Party.”

The BJP goes further with its senior leader Kavinder Gupta saying that the first Prime Minister Jawahar Lal Nehru exiled Hari Singh and it is Nehru, who “is responsible for all the mess of terrorism and separatism that destroyed the peaceful fabric of the erstwhile State of J&K for decades.”

“The erstwhile State of J&K had been plunged into uncertainty by Nehru in league with Sheikh Mohammad Abdullah due to their wrong policies and vested interests due to which the common people became the worst sufferers.” Gupta was not alone to respond to Azad. Almost all leaders criticised and condemned Azad.

In the past two years the Jammu region, which BJP considers its bastion, is witnessing protests against various government decisions while Kashmir Valley is silently watching all developments.

On September 22, last year, a day-long complete strike was observed for the first time after the abrogation of Article 370 in the Jammu region, on the call of the Jammu Chamber of Commerce and Industry (JCCI).  On the day marches and rallies were taken out at various places of the Jammu region. The JCCI and political parties in Jammu except BJP showed anger over various decisions of the government including a new excise policy, the closing of the 149-year-old practice of Darbar Move, new Geology and Mining policies and proposed opening of a chain of Reliance Retail stores.  The region’s trade bodies also showed resentment against the government’s latest move to open the real estate market of J&K to outsiders.

And during the past three months, Azad has been extensively holding rallies in the Jammu region seeking restoration of the statehood, protection of jobs and land for people of J&K. While his rallies are being attended by a lot of people even though Congress party’s state president Ghulam Ahmad Mir is staying away from them, Azad is trying addressing Hindu voters in Jammu by invoking the last Maharaja Hari Singh.

Since Azad’s argument in favour of Maharaja, the BJP through different party wings have started seeking a holiday on Maharaja’s birthday. The BJP’s fear that Azad would move to eat up its core constituency of BJP in Jammu by invoking Maharaja Hari Singh has compelled the party to invoke Maharaja more forcibly in the recent weeks.

Many here argue the government seems to have to come to the rescue of the BJP by constituting a committee to give an argument to the BJP that it is serious about a holiday on Hari Singh’s birth anniversary. Whatever the case, Azad’s core argument about Hari Singh’s state subject laws of 1927 that were in place in J&K till August 5, 2019, when Articles 370, 35A were abrogated, have constituency even in Jammu and that is why BJP is afraid of Azad's ode to Hari Singh.