"Who's this Raj Thackeray, is he the big man?" "Well, I don't know exactly," said the agent. "But I am told his uncle is a big man and always packs a remote control on him..." 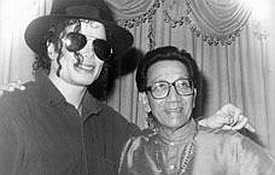 More stories from Busybee
View All

While Mr. Jackson was performing in Manila, his agent came to him and said: "Jacko, I've got some bad news. Out of your collections in Mumbai, you will have to pay Rs. 4 crore to a dude called Raj Thackeray."

"Hey, guy, this is bad news, real bad. You get it bad, man, bad," said Mr. Jackson. "Why do I have to do some dumb thing like that. I ain't paying no money to no Raj Thackeray."

"I am sorry, but I don't think we have much choice," the agent said.

"If you don't pay, we don't have a show in Mumbai, and you know we have already cancelled one show there, when the place was called Bombay." 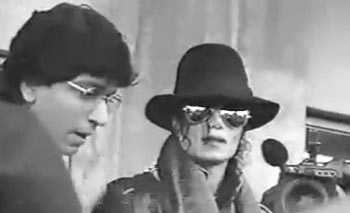 "Who's this Raj Thackeray, is he the big man?"

"Well, I don't know exactly," said the agent. "But I am told his uncle is a big man and always packs a remote control on him. Nobody wants to fall foul of him in Mumbai, not even the Wizcraft boys.

"I wouldn't take that chance," the agent said. "This Raj Thackeray has been known to take defaulters on a moonwalk. Recently, there has been a case, though I don't have details of it."

"Your money will be spent on the Shiv Udyog Sena."

"No, it is not a new album, though you could use it for that, I am sure Mr. Thackeray would not mind. Not after you give him all that money," the agent said. "The Udyog Sena is Raj Thackeray's agency to employ 27 lakh jobless youth in Maharashtra and your Rs. 4 crore will set it up."

"Are these 27 lakh unemployed my fans?" Mr. Jackson asked.

"If they are not, they will become your fans," the agent said.

"Yes," said the agent, "and don't take it so badly. Just think for the Miss World contest they are having in Bangalore, whoever becomes Miss World has to pay four million dollars to Mr. Uddhav Thackeray."