The first aircraft will come sometime in September 2019. And the last of the 36 aircraft is expected to come by the year 2022. 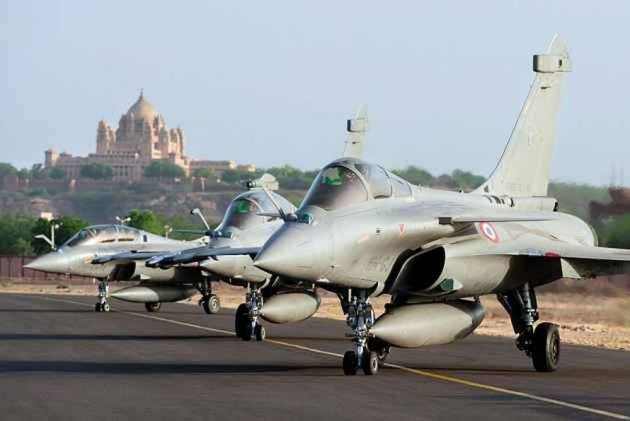 The congress leader raised questions about the deal and appeal the Centre to explain the reason.

This reaction came as Chidambaram claimed that Modi on April 10, 2015 had called the purchase of 36 Rafale aircrafts an 'emergency off-the-shelf' deal.

Addressing the media, Chidambaram said, "People are asking what this aircraft is? Not one has arrived in this country so far. What is this emergency purchase? Have you been in an emergency purchase with a delivery date seven years later? You called it 'emergency purchase'. Prime Minister on April 2015 said that we are buying 36 aircraft of the shelves but until today not even one aircraft have arrived in India. The first aircraft will come sometime in September 2019. And the last of the 36 aircraft is expected to come by the year 2022. Now, what is the emergency project?"

Continuing his tirade against Prime Minister Modi and Defence Minister Nirmala Sitharaman, the Congress leader said, "The country wanted to know what is the price of each aircraft? Until today, the Government of India has refused to disclose the price."

Chidambaram further said that the Prime Minister should explain to the nation, why the price of the Rafale aircraft was increased by three times.

READ MORE: Rafale Deal: This Secrecy May Be A Fig Leaf

"According to the information in public domain, it is three times the price negotiated by the UPA government from Rs 526 crore per aircraft to Rs 1, 670 crores per aircraft. Please explain why the price is increased by three times," he stated.

The Rafale jet was chosen in 2012. India initially planned to buy 18 off-the-shelf jets from France, with 108 others to be assembled in the country by the state-run plane-maker Hindustan Aeronautics Ltd.

Later, the Bharatiya Janata Party-led government scrapped the UPA's plan in 2015 and announced that it would buy 36 "ready-to-fly" Rafale jets instead of seeking a technology transfer from France's Dassault Aviation and making the aircraft in India.

The Congress party has long been targeting the government, alleging them of paying much more per jet than the deal they had agreed to. On August 18, Congress President Rahul Gandhi had constituted a six-member task force to look into the alleged scam.

The Congress is also set to make the Rafale deal one of their primary agendas for the 2019 general election campaign. They are holding district-wise protests and conducting at least 100 press conferences to reach out to the general public and make them aware of the deal.