Why No Pre-Budget Buzz, Mr Jaitley?

The usual pre-Budget excitement fuelled by the stock market, media and advertisers is palpably missing. What does that tell us about what to expect on next Monday? 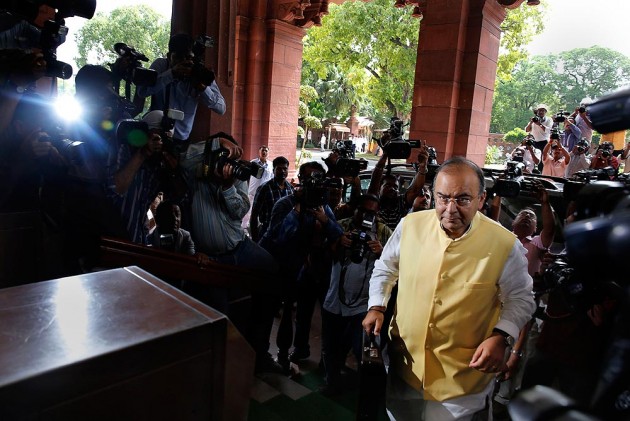 It has been a rite of passage in post liberalization India. Come February, newspapers, magazines and TV channels slowly work themselves into frenzy over the Union Budget exercise. Supplements are announced, catchy taglines are crafted – go-for-growth has been replaced by make-or-break as a recurring theme of late ­– big lists of columnists and panellists are thrown up and advertisers sponsor segments. Watch the big show in town, we are constantly told.

Funny thing is, all this seems to be missing – or at best muted – with the Budget just days away. Finance Minister Arun Jaitley will present his third Budget on Monday, February 29. The lack of a pre-budget rally on the stock markets is another, ominous indicator. Fact is, the buzz around the Budget is almost non-existent.

Of course, there has been a lot of other, pressing news in recent days – the shocking developments in JNU and the Jat agitations among others. And to be sure, the government is now directing its pre-Budget news towards social media, mainly YouTube and Twitter, and government-owned channels such as Doordarshan.

Yet, there is no denying the lack of special shows, Budget-specific ads and editorials all around us.

Sandeep Goyal, Chairman of Mogae Media, says that the reason the Budget is being played down this year is probably because ‘no dramatic changes’ are to be expected. “This is probably the only budget of the NDA government which does not come during an election year. Despite the opportunity, the Budget is not going to have anything new this year so the expectations are quite low,” he adds.

Most media watchers and consumers are of a similar opinion. The NDA government’s inability to fulfil promises made regarding the Budget in the previous years has dimmed hopes for the upcoming session. Business has not been made easier despite efforts and while the government pushes flagship programmes such as Make in India, manufacturing has in fact decreased in the past year by 1.6%. Private investment remains low, and many key indicators – exports, stalled projects, rural consumption – remain low or are at worrying levels.

According to most experts, Mr Jaitley has limited cash to play around with (he may not meet his fiscal deficit target for the second year) and too many problems. A few weeks ago, Outlook did a cover story on how Bharat wasn’t shining. In the latest issue, we have a feature on spiralling bank NPAs.

Media reports are also a reflection of public sentiment and the lack thereof of concrete coverage shows a diminishing one. “The pre-budget buzz in the media seems low due to muted expectations. Perhaps, there is less optimism,” says Mukesh Butani of BMR consultants while saying that initiatives such as Make in India, Digital India, Skills India and Start-up India could see enhanced allocations this year.

Meenakshi Menon of Spatial Access on the other hand says that initiatives such as Make in India are inherently flawed. She says, “This is a waste of the tax payer’s money. India has always been a start-up haven. A lot of the so called sops are nothing but that. Good PR and events do not change the course of history.”

The need of the hour is for the government to move away from pet flagship programmes and concentrate on bigger issues such as farmer security and power generation. Noted India economist Y K Alagh says that the government has ignored the agriculture sector in the previous years. “The government needs to increase public investment. The economy is at a crossroads right now. Prices at stake are agriculture and food prices. The economists in the government too have cited this and if this doesn’t happen, I think we are in serious trouble,” he says.

All said and done, it seems the market is not betting that Mr Jaitley will pull out a rabbit out of his hat on coming Monday. Humdrum is now a synonym for the Budget.