Why Should Anybody Have Problem With Singing 'Vande Mataram'? Asks Vice-President Venkaiah Naidu 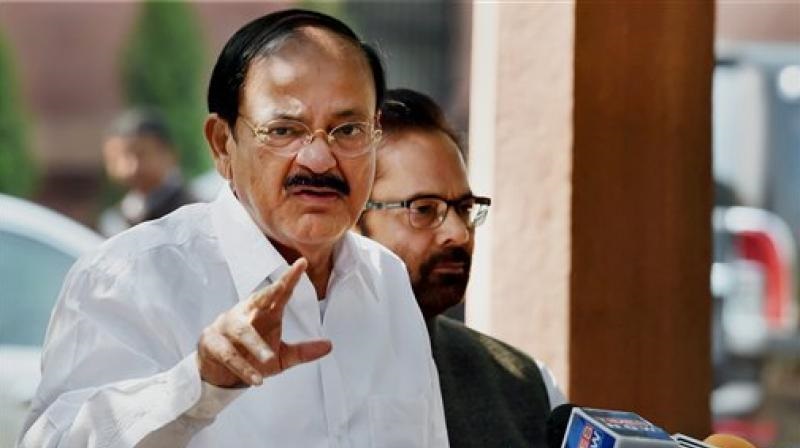 Vice President M Venkaiah Naidu on Saturday wondered why should anybody have a problem with singing "Vande Mataram", which meant salutations to the mother, a song that inspired millions during the country's freedom movement.

"Mother is not the photo but our motherland. 'Vande Mataram' is saluting the mother. Why should anyone have a problem with this," Naidu said at an event in this temple town in Ahmednagar district.

"Irrespective of our caste, creed and religion, we are one nation, one people and one country," Naidu said, after inaugurating the Global Sai Temple Trust Summit that has been organised by the Shri Saibaba Sansthan, Shirdi for trustees and representatives of Saibaba temples in India and abroad.

He also said the issue of whether Saibaba, the 20th century saint, was a Hindu or Muslim is unnecessary.

"He was a universal teacher who blended the core principles of Hinduism and Sufism," the Vice President remarked.

Saibaba's teachings of service to mankind and living in peace and harmony with others, need to be imbibed by all and that would be the true tribute to him, Naidu said.

"Serving the mankind is serving God. Saibaba is an embodiment of this culture," he said.