Why The Kiwis Will Finally Be Kings Of Cricket

Condemned for ages to be the bridesmaids of world cricket for their underachievement, the rejuvenated Kiwis are unlikely to squander the golden opportunity. 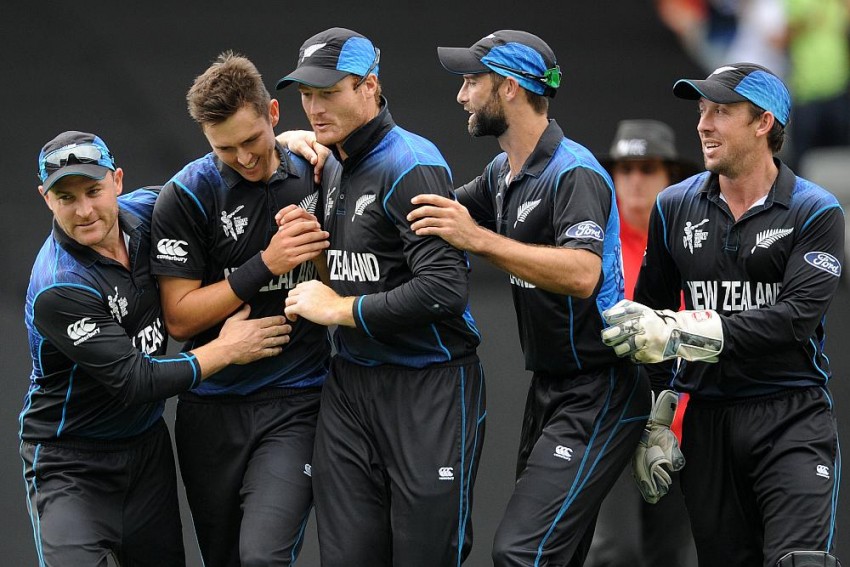 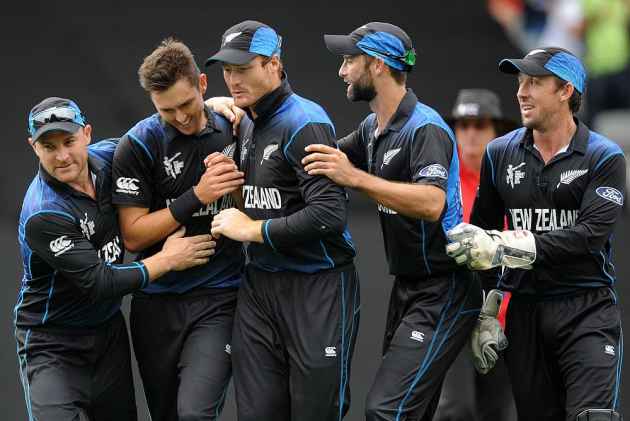 The Kiwis' sensational win over South Africa and their maiden entry into the final of the World Cup 2015 has conclusively confirmed that they are no longer pushovers or the Lilliputians of international cricket. In fact, they have emerged as giants in this World Cup and, like a juggernaut, simply run over their opponents.

Australia in the preliminary round and South Africa in the semifinal did fight gallantly and gave the Kiwis a good run for their money, but neither the Kangaroos nor the Proteas could halt the relentless march of the juggernaut. Considering the form and the mood they are in, it will be a Herculean task for the other finalist, Australia, to prevent the Kiwis from winning their first ever World Cup.

Indeed, the Kiwis are not just on a roll but actually on a mission. They have waited for 40 long years for their moment in the sun. Condemned for ages to be the bridesmaids of world cricket for their underachievement, the rejuvenated Kiwis are unlikely to squander the golden opportunity.

Brendon McCullum has led by personal example and injected a much-needed dose of aggression and positiveness in his teammates. It was MuCullum who scored a priceless 50 (24 balls, 7 fours, 3 sixes) in the low-scoring match against Australia, which New Zealand won by 1 wicket chasing a target of 152. Against England he made 77 (25 balls, 8 fours, 7 sixes) and helped New Zealand reach the 124-run target with ridiculous ease in just 12.2 overs.

As if taking a leaf out of his captain's book, McCullum's opening partner Martin Guptill massacred the West Indies in the quarterfinal with a whirlwind 237 not out (163 balls, 24 fours, 11 sixes).

In the semifinal, too, McCullum tore South Africa's attack apart at the start of New Zealand's chase with an explosive innings of 59 (26 balls, 8 fours, 4 sixes). In much the same way, Grant Elliott played a match-winning innings of 84 not out (73 balls, 7 fours, 3 sixes) in company of Corey Anderson, who made 58 (57 balls, 6 fours, 2 fours), and dashed the Proteas' hopes of taking a tilt at their first ever World Cup title.

Kiwis are actually flightless birds. But these Kiwis have responded positively to their captain's call, taken wings and soared. They have put up a sustained collective performance so essential when it comes to winning series and championships in a team sport like cricket.

If the New Zealand batsmen have been brilliant, the bowlers are in no way inferior. In fact, at times they have appeared better than the batsmen. Trent Boult and Tim Southee have forged a formidable pair of new-ball bowlers. The two have been pretty consistent throughout the tournament, never allowing an opening partnership to flourish much.

Boult and Southee have been ably supported by the seasoned left-arm spinner Daniel Vettori, who appears to be getting stronger by the day regardless of his age and injuries. With 21 wickets at 13.26 from eight matches, Boult is the leading wicket-taker. He must be keen to add a few more to his tally in the final.

The Kiwis have demonstrated what you call total cricket. In fielding, too, they are outstanding, individually as well as collectively. Who will ever forget Vettori's one-handed catch on the boundary line to dismiss Marlon Samuels of the West Indies? All his ecstatic teammates rushed to congratulate him as a bewildered Samuels began his long walk towards the pavilion.

Vettori's effort symbolised the Kiwis' new approach to their cricket and to this World Cup in particular. They have displayed a splendidly surprising, unique ruthlessness, which was never a part of their mental make-up until this World Cup. Gone are the days when the Kiwis used to be taken for granted. Dare and they will make you pay a heavy price.

Unlike neighbouring Australians, the Kiwis are aggressive without being intimidating. The aggression is in their game and approach, never in their body language and words. You do not usually find the Kiwis indulging in sledging. It is not their style. They continue to remain cricket's nicest, quietest guys.

The Kiwis, seventh time lucky, having lost six semifinals in the past, are now on the threshold of crossing the final frontier. Doubtless, they will be the more sentimental, if not overwhelming, favourites to win the World Cup. If they triumph, nobody will grudge them the title. But if they lose, they will not be short of sympathisers and many tears will be shed for them.

Men In Blue As Well As Green And Gold