Why The Left Had It Coming In Tripura 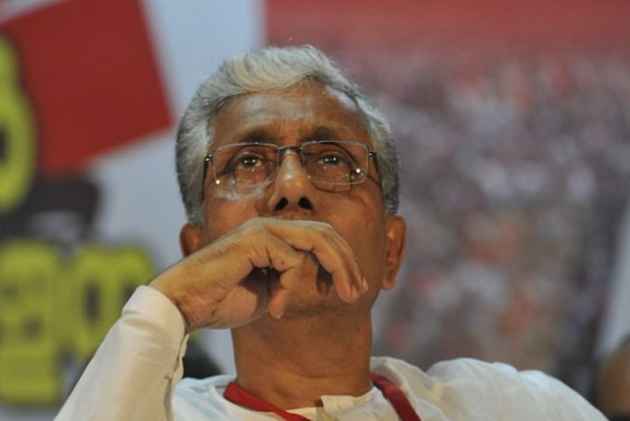 The BJP and RSS combine were entrenched in Tripura for the last two years, sewing and spinning the electoral undercurrents against the incumbent Manik Sarkar’s CPI-M government. With tech-based innovative methods of campaigning and booth management and the traditional grassroots approach of the RSS, they cracked open the Left bastion and finally opened Tripura to the world. Pursuant to the liberalization of 1991, Tripura has only seen twenty-five years of Left rule. The saffron wave which always rides on the promise of development has provided a fitting climax to the Manik Sarkar government which on March 11th would have completed twenty years in power and April would have seen full twenty-five years of left rule in the state. This victory was not achieved by taking liberties with truth as has been the trend in recent state elections, but it has been achieved by the BJP addressing hard facts which the Left could no longer skirt.

The primary cause of trouble for the Left rule can be attributed to the dominance of a majoritarian (Bengali) culture in a state with a 31% tribal population. The 6th Schedule of the Constitution provides for setting up Autonomous District Councils as an alternative to the system of Panchayati Raj Institutions which is in place for local governance in rest of the country. The Tripura Tribal Areas Autonomous District Council (TTAADC) covers about 68% of the geographical area of Tripura, which has for the most part seen the Left as the dominant force in the local Autonomous District Council Elections. A system brought in place to assuage the fears of the indigenous people so as to protect and preserve their culture, customs and traditions, never found the right balance in favour of the intended recipients.

A state which is predominantly run by Bengalis has seen the Bengali language and traditions in society, government service, universities and schools. From being the state language to being the medium of education from primary to senior secondary all the way up to higher education within the state, there is very little value given to Kokborok which was the language of the largely Hinduised Tripuri Tribes. Even though after decades of struggle, Kokborok received the status of being the state language, the damage had been done on the spectrum of cultural assimilation. From the Maharajas of the Manikya Dynasty, who ruled Tripura for centuries and adopted Bengali as the official language due to the influx of the Bengali refugees from East Pakistan to a Bengali dominated Politburo – the principal policy making committee of the Indian Left – there was little value given to anything apart from the Bengali way of life. Such was the influence of Bengali that even English as a language failed to reach the masses. Through the course of the IT revolution, hordes of youngsters from various states in the north-east found employment in the BPO industry in Bangalore and Delhi, a person from Tripura could not compete beyond the realm of West Bengal.

Another factor which rang the death knell for the Left in Tripura was unemployment. According to the fifth employment-unemployment survey published in 2016 by the Labour Bureau, Tripura topped the list of states and Union territories with the highest unemployment rate—at 19.7%. The solution tabled by Manik Sarkar was to give employment in Government Departments which were already brimming with saturation for decades.

Tripura also famously topped the list in the number of suicides according to records compiled by the National Crime Record Bureau (NCRB) in 2016. The rate of suicides in Tripura was 19.68% as opposed to the national rate of 11.08%. With agriculture being the main source of income for 64% of the state’s population, the glaring anomaly is the rate of farmer suicides being zero. Most of the suicides have been attributed to various categories of causes but not “farmer suicides”, leading one to draw similarities to the fall in farmer suicides being accompanied by a giant leap in the “others” category – a phenomena attributed as the Slaughter of suicide data by P Sainath. Due to major changes in methodology of the National Crime Records Bureau (NCRB), it first came to light in 2015 that the five worst states for farmer suicides saw a rise of 128% in suicides by “others” where suicide numbers were shuffled across new or revised categories in the NCRB tables. Furthermore, failure to contain a high rate of crime against women also contributed in an underground consolidation against the left.

Conversations with members of the Sangh in Tripura reveal that students who have held affiliations with the left in the past have moved on to vote for a saffron change. The Left front should have taken notice of the early fissures in September last year when the Akhil Bhartiya Vidyarthi Parishad (ABVP) managed to secure 27 seats in the student council polls in all 22 government-run degree colleges of Tripura.

If it is any consolation the Left with a 42.7% vote share is not too far behind the BJP which has secured 43% of the total votes. With a 5.4% drop in its vote share the Left would ideally not have been routed had the Congress Party held its own. A drop from 36.5% in 2013 to a sorry 1.5% in 2018, the Grand Old Party saw its share of the electorate follow the saffron piper.

In the India of 2018, Election victories are delivered by the party machinery despite the waning popularity of the party’s government. With election strategists and hi-tech teams working round the clock, with the likes of Sunil Deodhar and Delhi-trained Biplab Deb and not to discount the highly functional India Foundation team put in place by Ram Madhav, perhaps it was too much for Manik Sarkar who could not evolve to compete in such Space Age elections being held in India since 2014.