Why The Talwars Should Be Freed

A recent book called Aarushi has revived interest in a case that, seven years later, remains an enduring mystery... 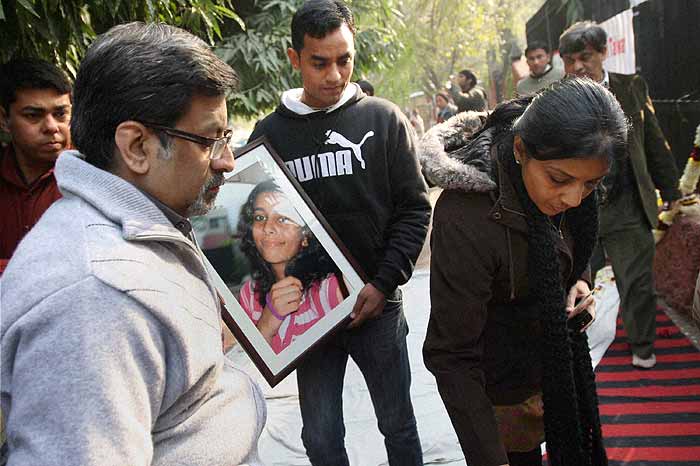 It is easily one of the most sensational crimes in Indian criminal history. It involved the murder of a pretty, vivacious teenage girl, Aarushi, from a fairly well to do family. She was the only child of Nupur and Rajesh Talwar, dentists running a private practice in Noida, where they lived. She was murdered during the night of May 15-16, 2008.

There were four people in their Jalvayu Vihar flat in Noida, which was locked from outside. The fourth person was Hemraj, the Nepalese family retainer who lived in a room on the terrace. There were two murders that night. The murderers were not strangers to the house. One body was found inside the house, the other outside on the terrace a day later. The two left alive, parents of Aarushi—Rajesh and Nupur Talwar—claim to have slept through the murders. There are innumerable loose ends and subtexts to this.

The parents were convicted of murdering their daughter Aarushi and Hemraj by a local CBI court in Ghaziabad last year. The Talwars blame the media, the CBI and the Noida police for being biased and blinkered and that they have been denied justice. Certain news channels and publications made up their mind that they are innocent. Some eminent writers concluded that Rajesh and Nupur were wronged and victims of a gross miscarriage of justice. Their primary, and if I may say prima facie, source of information is the same: the Talwar couple. There are alternative interpretations possible to Talwars' selective dissemination of details of the crime to defend themselves.

I would just like to deal with one: destruction of evidences and doctoring of the crime scene. The police arrived at 7 am—an hour after the parents claim to have discovered their only daughter murdered. Though, the killers were the same, treatment meted out to two bodies were different. Unlike Hermraj's bludgeoned body, Aarushi's was lying undisturbed on her bed despite the use of violent force, her neck slit with a small, sharp surgical instrument. It resulted in excessive bleeding: pool of blood and droplets. A circular wet mark visible below pelvic area of Aarushi's body on the bedsheet, indicate that she was wiped clean. However, her visibly untied pyjamas did not have any sign of dampness. In the closure report, the CBI also states, 'The vaginal orifice of the deceased was unduly large and mouth of [the] cervix was visible.'

The body was taken for post-mortem at 9 am, two hours after the police arrived. The post-mortem was carried out soon after and the body returned to the family in a few hours, and consigned to the flames the same evening. I had reported earlier in this case, 'a telephonic loop was created six times between Rajesh's brother, Dinesh Talwar, a family friend Dr Sushil Chaudhary and KK Gautam (the same retired DSP who later helped the police find Hemraj's body) and an unidentified number, in this order, and soon after in the reverse order, on the evening of May 16, when the post-mortem report was being prepared. This was done, the CBI maintains, to ensure that the word 'rape' does not appear in the post-mortem report. Again a similar loop was created twice between 9 and 10 the next morning (May 17), just before KK Gautam helped the police recover Hemraj's body from the Talwars' terrace.' It proves that Talwars were in contact with the doctor who performed the post-mortem on Aarushi.

But why was there a need to expedite the process when the Noida police were already acting very swiftly in the case. Further, and fairly shockingly, as I reported for Open Magazine, 'it was found that Aarushi's vaginal swabs, sent for testing at the Centre for DNA Fingerprinting and Diagnostics, Hyderabad, did not match her blood samples. In other words, the swabs did not belong to her. The CBI raided the Noida District Hospital to find that Aarushi's original medical file, her pathology reports, autopsy findings had all gone missing. The vital clues that could have led to the murderers were lost forever.'

The murderers know that enough evidence has been destroyed. The dark clouds of doubt will loom over the case, make this otherwise simple murder case a profound mystery of our times. Arun Kumar, IPS officer, who led the first CBI team, seemed to be eager to exonerate the Talwars. His investigation appeared geared to establish that the parents didn't do it rather than who did it. He carried out a drill. He made a constable sit in Talwars' bedroom and the other in Aarushi's room. The noisy air conditioners were switched on. Loud sounds were made in Aarushi's room, and the person deployed in Talwar's room didn't hear anything alarming. Hence, the CBI concluded, Talwars could have been in the adjacent room, with a common wall, part of it a wooden partition, without hearing the murder taking place a few feet away.

The servants—Krishna, Raj Kumar and Vijay Mandal— were detained for three months, multiple narco-tests were conducted on them at various places, but not one on the Talwars during this time. When I asked Arun Kumar why the Talwars were let off after a lie detector test while the servants were repeatedly exposed to intravenous narco-tests, he told me that he was sure that the Talwars' weren't lying. What he said next was significant: 'Certain truths should not come out in public domain in the larger interest of the society.' I wondered if he was investigating a murder case or playing social reformer. He was the same officer who concluded that the serial slaughter of children in the Nithari case was entirely the handiwork of the servant Surinder Koli and not the owner of the house, Moninder Singh Pander.

Then a second team, under SP Neelab Kishore, investigated deeper into the role of the parents, as much as the first team investigated the role of the servants. A closure report was filed by CBI basically stating that they could not prove that Rajesh and Nupur Talwar killed Aarushi and Hemraj. The Talwars objected to the report, and its conclusion, and challenged it in court. There was sufficient evidence to nab the culprit/culprits, they argued. The court granted their request to reopen the case, but with a rider: that they would be tried as co-accused in the twin-murders, not parents of a victim.

I have been accused of being a CBI agent. I would like to clarify that I have never been approached by any CBI official in this case. I approached them for details and was accorded no special treatment. My source of information was varied. I met the Talwars several times. I also met the local policemen of Noida and the three servants, their families and Hemraj's family. I was aghast at the utterances of senior officials of Noida police to the media, vilifying the reputation of the deceased girl and her family. But I was intrigued by their stand, and motivated to dig deeper into the case.

If anyone approached me in the case it was the Talwars after I wrote a piece for India Today, The Untold Story where I hinted at the possible role of 'insiders' in January 2011. Many years later, someone called Rahul, approached me. He was hired by the Talwars to do their PR. He invited me, at the behest of Dinesh Talwar, Rajesh's elder brother who is a pillar of strength for the whole family, to talk with them. I was told that I was confused about the case and mistaken in what I had written. The Talwars, he said, would like to clarify facts and give their perspective.

I had a couple of long sessions with the Talwar family, Dinesh in particular. On certain specific queries he was evasive. He said he would discuss it with his lawyers before he said anything to me. He wanted to know my sources of information. One afternoon, a meeting was organised with friends of the Talwar's and some of Aarushi's friends. I felt their hostility towards me. They offered earnest arguments to explain why the Talwars were innocent. A brief meeting with Rajesh and Nupur Talwar was also organised. My interactions with them led to a cover story with Open Magazine titled The Survivors. This story is one of many examples of how they orchestrated a media campaign to spread that message that they were victims of a media trail.

In fact, I found that many journalists were sympathetic. One of them did a chapter on Aarushi murder which was an exact reproduction of the Talwar's version, implicating the three other servants. They did this without meeting them, or their families, or their representatives, or the local police. Perhaps because the servants can't present their case to the media there has been a protracted attempt to make them the scapegoats without asking some vital questions, like who destroyed the evidence?

This attempt to muddy the waters by introducing subtexts to the narrative of this crime is disheartening. The judge who pronounced them guilty can't write in English, so he is biased against those who can. The same goes for the rustic Noida police. The Talwars giving free dental treatment to the inmates, or that they celebrated their 25th marriage anniversary inside the jail has little bearing on whether they killed their daughter (and Hemraj) or not. Manu Sharma organises cricket matches and is very popular amongst the inmates. Does that have any bearing on the fact that he killed Jessica Lal?

Did these same writers feel any moral pangs at hinting that the three servants are guilty without meeting them? Or what happened to them and their families?

There isn't sufficient evidence to nail anyone in the case, but some can clearly be held responsible for destruction of evidence. My personal opinion, which has no legal validity, is to free the Talwars and close the case. I am sure one day the real culprits will own up to their crime. If not, they will be condemned to a life of guilt. The burden of guilt can be onerous, more distressing than the confines of any prison.