Why Was Ram Singh Killed In Tihar jail?

The moment I heard the news, every conspiracy theory-oriented cell in my body did a quick cartwheel. 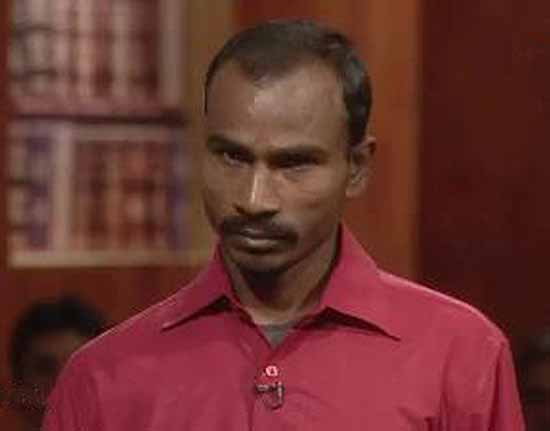 The chief accused in the Delhi gang rape “found dead” in his cell? Killed with his own shirt? Hanging from a grill, with his three cell mates sound asleep all the while? The moment I heard the news  on Monday, every conspiracy theory-oriented cell in my body did a quick cartwheel. Promptly I sent out a mail to the sisterhood on the Feminists India e-list:

I’m wondering whether there is something more than police negligence involved here. I have always felt that the role of the police on that night was more than simply their usual laparwahi – that bus may have been used often in the past for such activities, remember they didn’t follow up the complaint of the man who had been earlier that night robbed by the same guys? And how they located the bus from their hafta diaries? I’m wondering – and going to sound paranoid and like a loony conspiracy theorist – whether the key accused in court would have revealed more about police complicity in rapes and other activities on buses like Yadav’s than we imagine. Prisoners in jail often carry out attacks on other prisoners on the orders of the police themselves.

Yes, Indian prisons are violent and brutal, and the police callous and vicious. Yes, there should be an enquiry to assign responsibility. But I’m pretty certain I know who killed Ram Singh – some other prisoners. And I think that they did it on orders from the police.

So what could Ram Singh have revealed if he had his day in court? What could he have said to deflect attention away from his own crime?

Let’s go back to that night.  Earlier that night, a man had stopped two policemen on a bike and told them that a white bus had picked him up near Sabji Mandi at about 8.30 pm, and that the men in it had beaten him up, robbed him,  dropped him near the IIT flyover and sped away. The cops on the bike told him that the area came under the jurisdiction of Vasant Vihar police station, and that he should register a complaint there. In effect, they did nothing, not even to help the man, with no money and no mobile, to get back home. Familiar callousness. Not much of a story here, apart from “had they acted in time…”

But let’s move on. After the rape was reported and a huge outcry ensued, how was the bus tracked down? First we heard that some very slick detective work was carried out – based on information from the friend of the woman that the bus had Yadav written on the side, Delhi Police Commissioner said:

We contacted bus body builders and transporters of Delhi and NCR and asked about a Yadav transporter. We took a list of 370 such buses which run on chartered routes from the transport department. We zeroed in one Yadav transporter…

…and the rest is history.

Barely had we recovered from the dizzy sensation of living in a crime novel set in some civilized place where police actually conduct enquiries rather than base their cases entirely on “confessions”, than we learnt that the reality was rather more murky, as it tends to be With Delhi Police, Always.

A traffic policeman had reportedly recorded the registration number of the bus in a ‘hafta’ diary – a record of illegally-plying buses for which bribes have been paid for exemption of prosecution. That immunity from police, however, is seen as the sole reason the gangrape was not detected as no cop intercepted it while it circled the area slowly.

The cop identified the bus when the police relayed the description provided by the victims. It finally led the police to zero in on two transporters with Yadav as their surnames.

It was after this that the list of 370 chartered buses was procured, and Dinesh Yadav identified.

Every single cop in Delhi knows and is in on the game. The cops on the bike knew that “white” buses are immune as long as they pay their weekly bribe. Traffic Police know, Delhi Police know. They all know that these buses don’t simply ply on unauthorized routes – they know that crimes are carried out on them, they know very well why the same bus might slowly drive by, again and again, circling, circling. They know what could be going on inside.

If you’re a working class person, if you live on the streets, you experience the brutal fact that the police are simply another crime mafia.

But people like us are still thinking – suicide, brutal fellow prisoners, police negligence; at best, ubiquitous bribery. All of which can be competently dealt with – some scapegoats, some cosmetic changes.

What if there’s a more chilling truth yet to be revealed, about the intimate weaving together of prisons, crime and the police ?

No way Ram Singh could have been allowed to stand up in that court room.

This was first published in Kafila