Wife Of Col Santosh Mahadik, Who Died Fighting Terrorists In LoC, Set To Be Commissioned As Army Officer At 38

Swati, the mother of a 12-year-old daughter and seven-year-old son, is all set to be commissioned as an officer in the Army Ordnance Corps On September 9. 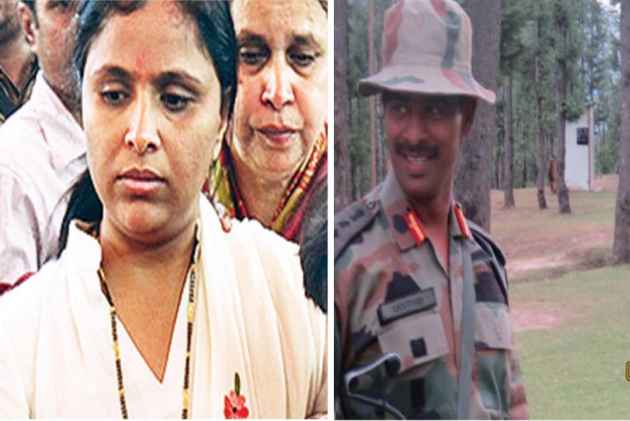 Her husband, Col Santosh Mahadik, laid down his life fighting terrorists in Jammu and Kashmir’s Kupwara in November 2015.
In October 2016, Swati Mahadik joined Chennai’s Officers Training Academy (OTA), following her husband’s footsteps.
At 38, Swati, the mother of a 12-year-old daughter and seven-year-old son, is all set to be commissioned as an officer in the Army Ordnance Corps (AOC) On September 9, reported The Indian Express.
The report added that Swati, who had joined a non-technical course for women cadets, has completed the difficult 11-month training and is looking forward to be commissioned.
The Indian Express claimed that Swati was unavailable for comments as cadets at the OTA have restricted means of communication due to strict training regimen.
“The lady cadet had opted to join the AOC and her request has been acceded to and therefore she will be commissioned,” an officer told the newspaper.
But her journey, so far, wasn’t easy. Swati had to compete with much younger cadets and excelled in physical and academic subjects.
A graduate from University of Pune, she had at her husband's funeral had expressed her intention to join the army as a tribute to her husband.
Col Mahadik died in an ambush on November 17, 2015, shot through the head and stomach, while hunting militants in the LoC forests.
Col Mahadik, was the son of a tailor and the younger brother of a milkman from Satara in Maharashtra. A champion boxer, manic runner and football goalkeeper in his school days, he later trained cricket captain MS Dhoni in paragliding.