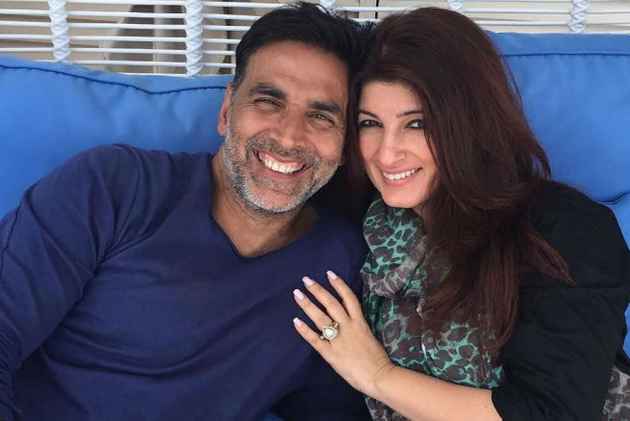 Actor-turned-writer Twinkle Khanna has defended her husband, actor Akshay Kumar, in the wake of a controversy which erupted after he passed what was seen as an off-colour remark at stand-up comic Mallika Dua on a TV show.

According to reports, Mallika wanted to ring a bell to appreciate an act on 'The Great Indian Laughter Challenge', a practice followed by the show. Akshay had then said, "'Aap bell bajao, main aap ko bajata hun'". The colloquial word 'bajao' is believed to carry violent or sexual undertones.

Twinkle, however, argued that "bajao" was a "phrase that both men and women use" and called it a "pun on the words and actions related to ringing of the bell".

She posted a lengthy statement on Twitter, saying that she wanted to "address the controversy" on the sets of 'The Laughter Challenge'

"It's a colloquial phrase that both men and women use - for instance, 'I am going to bajao him/her' or I got bajaoed', Red FM even has a tagline 'Bajate Raho' all without sexist connotations," she said.

Sorry to quash your hunger for sensationalism but Facebook and perhaps a copyright claim had it removed. Find something better to do. pic.twitter.com/c9zwEslJgA

"Mr Vinod Dua, Ms Dua's father, had written a post - it's been taken down now, stating, 'I am going to screw this cretin Akshay Kumar.' Should Mr Dua's statement also be taken literally or interpreted in context," Twinkle wrote.

Twinkle added she always supported "freedom within comedy" and asked people to stop dragging her into the controversy.

"I have always stood up for freedom within comedy including defending AIB's infamous roast on numerous occasions in the past and that is my stance even today, so kindly stop tagging me in this debate," she concluded.

Mallika, along with comedians Zakir Khan and Hussain Dalal, was reportedly fired from the show earlier this month.