Will Be Taught A Lesson: Sushil Modi On Lalu Son's 'Skinning' Threat To PM 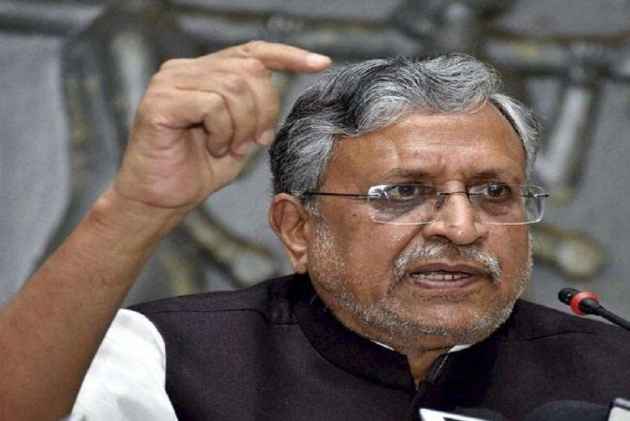 "He can use language of his choice. But those who use this kind of foul language are taught a lesson by the countrymen," Modi told ANI.

Earlier in the day, Tej Pratap alleged the Centre was conspiring to get his father killed and that, to this end, he would get Prime Minister Modi "skinned".

Tej Pratap's remark came in the wake of the Centre's decision to completely withdraw the NSG (National Security Guard) security cover provided to Lalu Yadav. His Z-Plus security category has also been downgraded to 'Z' category.

"Despite that (security downgrade), our programmes are continuing and Lalu Yadav is addressing rallies. However, this is a conspiracy to get him (Lalu) murdered, but we will give a befitting reply to them (the Centre). We will get Narendra Modi skinned (Hum Narendra Modi ki khaal udedhva denge); go and tell him," Tej Pratap said.

Sushil Modi further said that Lalu Prasad shouldn't be scared of anyone as people were more scared of him.

"Who is Laluji scared of? Why does he need the security? This was a status symbol for him. But now the entire Bihar is scared of him and his foul play," he said.

The centre reportedly thinned down the security of the Rashtriya Janata Dal (RJD) leader after the home ministry reviewed the security of the VIPs. However, more than 30 personnel of Central Reserve Police Force (CRPF) will still provide a shield to the RJD supremo.