Will Examine If CVC Appointee Is Of 'Impeccable Integrity': Supreme Court

During the hearing, advocate Prashant Bhushan, appearing for petitioner NGO Common Cause, alleged that despite several representations against Chaudhary, the government appointed him as the CVC as he was their "favoured candidate". 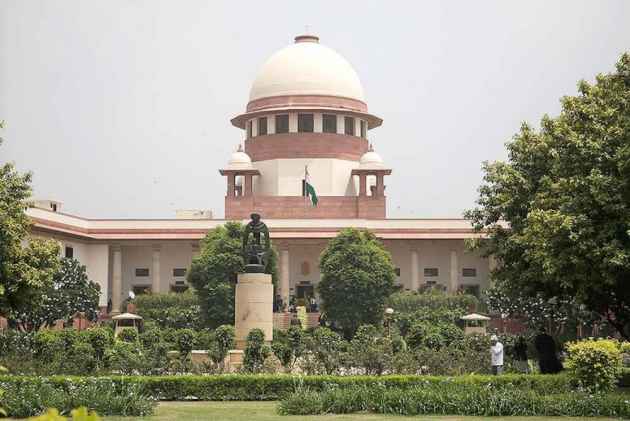 The apex court was hearing a petition filed in 2015 challenging the appointment of the incumbent CVC, K V Chaudhary, and vigilance commissioner (VC) T M Bhasin alleging that they did not have "clean record" and a non-transparent procedure was followed while appointing them.

Chaudhary was appointed as the CVC on June 6, 2015, while Bhasin took charge as the VC on June 11 the same year.

A bench of Justices Arun Mishra and M M Shantanagoudar sought to know from Attorney General K K Venugopal whether the decision taken by the selection committee comprising the Prime Minister, the Home Minister and the Leader of Opposition was unanimous.

"Yes," Venugopal said, adding it "was an administrative decision".

During the hearing, advocate Prashant Bhushan, appearing for petitioner NGO Common Cause, alleged that despite several representations against Chaudhary, the government appointed him as the CVC as he was their "favoured candidate".

The bench, however, observed that the question before it was whether the persons appointed to such posts were of impeccable integrity or not.

Venugopal argued that extent of judicial review in such matter was "very limited".

To this, the bench said the matter was related to the appointment of CVC and VC and there were some material which contain "certain observations" about "certain gentleman".

"We will not sit over the merits. But in this case, your own material show something about it. What should the court do in it? This is a matter of CVC and it cannot be left like this," the bench said.

Regarding the allegations raised by Bhushan, Venugopal said all these aspects were considered and discussed by the committee before arriving at a decision and the inquiries as alleged by the petitioner were "closed" after deliberation.

However, the bench said, "we would precisely like to know about certain observations regarding certain gentleman in the records".

The Attorney General placed before the court the files relating to the procedure and discussions by the committee on the issue of appointment of the CVC and VC.

The bench asked Venugopal to go through the files before arguing the matter and posted it for hearing on September 7.

Bhushan alleged in the court that one of the names had figured during the investigation in the multi-crore StockGuru scam. This name also cropped up in the diary maintained at the residence of then CBI Director Ranjit Sinha.

During the tenure of Ranjit Sinha as the CBI Director, the role of the man "was probed by the CBI in StockGuru case," he claimed and added that "Ranjit Sinha had closed that investigation".

He alleged that when income tax had conducted raids in connection with the StockGuru case, this man was heading the investigation branch of the department.

To this, the bench asked, "Besides meeting Ranjit Sinha, is there anything else against this man?"

Bhushan responded to the query and claimed that he had favoured one of the firms of businessman Ponty Chadha in a matter related to income tax assessment of over Rs 200 crore related to the company. Chadha was killed in a shootout at his farmhouse in 2012.

Bhushan also claimed that being a senior official of the income tax department, the man had not taken any action in the controversial Niira Radia phone tapping case.

Regarding the other man, he alleged he had tampered with the annual confidential report of one of the employees of a bank, of which he was the CMD.

Bhasin's counsel termed the allegations as a "fabricated story" and that the complaints were raised against his client after his appointment as a VC.

The bench asked the Attorney General to look into the files including about the observations of the department of financial services against Bhasin.

The apex court had earlier issued notice to the Centre and others on the plea challenging the appointment of the CVC and VC. The PIL had alleged that their appointments were "arbitrary, illegal and in violation of the principle of institutional integrity".

It also alleged that the "complete non-transparency" in the process rendered their appointments "void and illegal" and in violation of Article 14 of the Constitution.