The outfit's state chief Dimpy Kohli said the time was not too far when the tricolour would be hoisted in PoK as well. 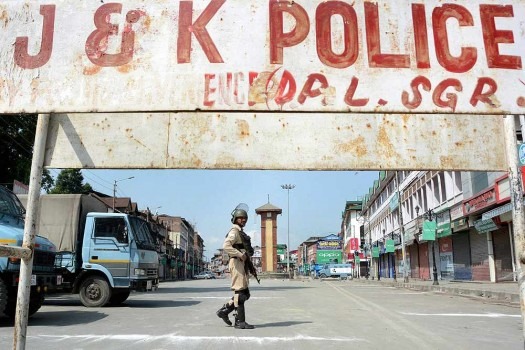 Jammu and Kashmir unit of Shiv Sena (Bala Sahib Thackeray) said today that it would hoist the national flag in Lal Chowk, the nerve centre of summer capital Srinagar, shortly.

The outfit was reacting to a controversial statement by National Conference president Farooq Abdullah who dared the Centre to hoist the national flag at Lal Chowk before talking about unfurling it in the Pakistan-Occupied Kashmir (PoK).

The outfit's state chief Dimpy Kohli said the time was not too far when the tricolour would be hoisted in PoK as well.

In a controversial statement, former Chief Minister Abdullah yesterday had said, "They (centre and BJP) are talking about raising the flag in PoK. I ask them first you go and raise the tricolour at Lal Chowk in Srinagar. They can’t even do that here and they are talking about PoK".

Abdullah had said this while defending his earlier comment that PoK did not belong to India.