Will Tricolour Be Hoisted In Pakistan If Not In India: Kejriwal Slams Opposition In Assembly 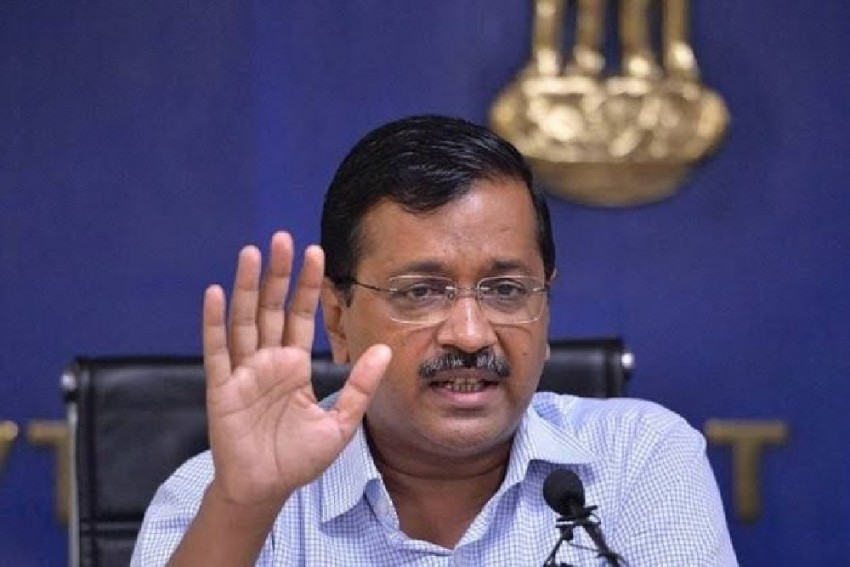 Questioning "will it be hoisted in Pakistan if not in India", Delhi Chief Minister Arvind Kejriwal lashed out at opposition parties for speaking against the Delhi government's decision to unfurl the tricolour across the city.

For protesting against the themes of 'Deshbhakti' and 'Ram Rajya' and initiatives like yoga training proposed by the state government, the Delhi Chief Minister slammed the Congress and BJP parties at the Delhi Assembly.

His comments, however, drew sharp criticism from Delhi Congress president Anil Kumar, who asked Kejriwal to either prove his "unfounded" allegation or resign.

BJP MLAs, participating in a discussion on the city government's budget in the Assembly, also mocked the ruling party for talking about "Deshbhakti" and "Ram Rajya".

The chief minister further said there should be no politics over patriotism and the country belongs to all.

"In the budget, we announced that we will unfurl the tricolour at 500 places across the city. Whenever we see the national flag, we are reminded of the soldier fighting at the borders. I fail to understand why the BJP and the Congress have been opposing the decision," Kejriwal asked.

"Why are they opposing the installation of 500 flag masts across Delhi? If not in India, will our flag be unfurled in Pakistan, if not in Delhi, will it be unfurled in Islamabad," he said.

The Delhi government had on March 9 presented a Rs 69,000-crore budget themed on "patriotism" under which the installation of 500 flag masts and programmes on the lives of freedom fighters are planned across the city.

Kejriwal had said "Deshbhakti" (patriotism) was the defining feature of the budget.

Later, participating in a discussion on the Motion of Thanks to the Lieutenant Governor's address during the Budget Session, the chief minister had said his government has been following 10 principles, inspired by the concept of "Ram Rajya", to serve the people in Delhi.

Kejriwal said the opposition parties were mocking the Delhi government for its announcement to bid for the 2048 Olympic Games and increasing the per capita income to Singapore's level by 2047.

"We will achieve it... We will approach the Centre and the Indian Olympic Association to bid for the Olympics. We all will do it together," he said.

The chief minister also said almost all states and the Centre presented a "deficit" budget in the last one-and-a-half months, but Delhi is the only "state" that has a "surplus" budget in these difficult times.

Kejriwal also alleged that Congress and the BJP are opposing his government's announcement to send the elderly to Ayodhya when the Ram temple is ready.

"Is it a crime to provide our elders with a free pilgrimage to a place of worship such as Ayodhya? Rather than supporting the move, the opposition wants to play politics in everything," he charged.

He said opposition parties were mocking the AAP government after hearing that it will bid for the Olympics and work to raise the per capita income of Delhi up to Singapore.

"Today, they are mocking us over hosting Olympics, but we will definitely do it. 100 years of independence will be completed in 2047, 25 years are left from now. We have seen a dream to develop the nation in these 25 years and the people of the nation will fulfil this dream, he asserted.

Earlier, BJP MLAs launched an attack on the budget amid protests by ruling AAP members in the House.

In a sarcastic remark, Leader of Opposition Ramvir Singh Bidhuri urged Deputy Chief Minister Manish Sisodia, who had presented the budget, to send him a Whatsapp message when Delhi's per capita income equals Singapore in 2047, saying he may not be there by then.

"You have talked of hosting Olympics in Delhi but have cut the sports budget this year," Bidhuri said.

He also criticised the government over the "Deshbhakti" budget and "Ram Rajya" and asserted that all the AAP MLAs will be taken to the Ram temple by his party.

His party colleague Anil Bajpayi said it is good that Kejriwal has adopted "Ram Rajya" but he will have to go through "Agni Pariksha" (test of fire) to achieve it.

Sisodia, who is also holding the finance portfolio, hit back at the BJP over its criticism of his government's "Deshbhakti" budget.

"I want to tell those who act as 'thekedars' of Lord Rama that we not only have Ram on our tongues but also in our hearts. We are not like those who believe in 'Muh Mein Ram Bagal Mein Chhuri'. They will now see who they are pitted against."

Patriotism for the AAP government is the progress of each Delhiite, opening schools and Mohalla Clinics, unfurling tricolour, the supply of affordable power and water supply, respect to all, he asserted.

"You claim to be 'deshbhakts' and yet plant nails to stop farmers from asking questions. You declare a soldier mad when he questions the quality of food," Sisodia said while attacking the BJP.

The BJP MLAs walked out of the House amid Sisodia's speech and did not participate in passing the budget with a voice vote.

Bidhuri later said the deputy chief minister started talking about BJP and its policies instead of replying to issues raised by the opposition.

The BJP MLAs walked out in protest as Sisodia continued with his "diatribe" without addressing questions on his budget, said the Leader of Opposition.