Will Nitish Kumar Have The Last Laugh?

His 'draconian' law enforcing prohibition has invited both scorn and ridicule. But the Bihar chief minister appears unfazed by criticism. 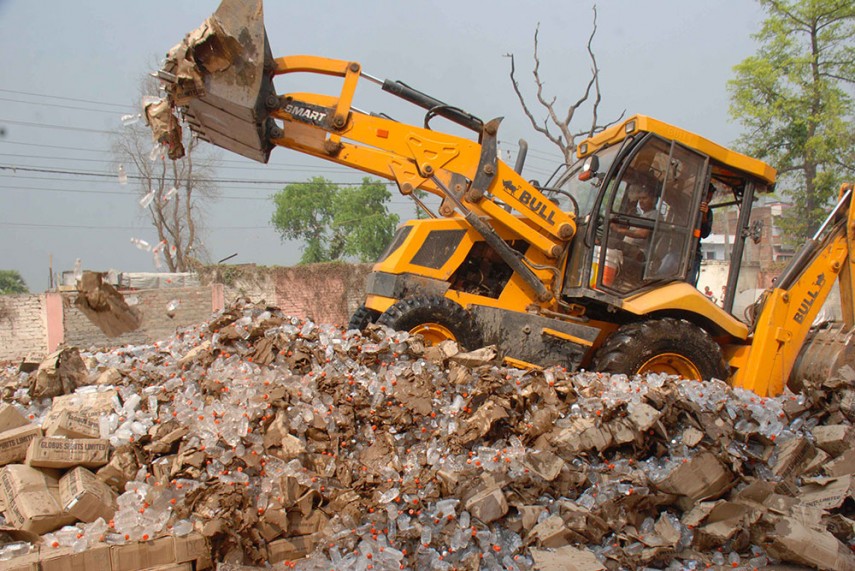 People who have known Bihar chief minister Nitish Kumar from close quarters would vouch for the fact that he is nobody's fool. He is indeed stubborn but rarely, if ever, impulsive. His decisions are invariably taken after due deliberation and are calculated. That is why his decision to press on with a new Prohibition Act with even more draconian penalties than the ones struck down by the Patna High Court on Friday last week has surprised observers. Struck down as arbitrary, unjust and disproportionate by the high court, can even more stringent punishment pass the test of judicial scrutiny, people have begun asking.

But as Nitish Kumar himself wrote in a blog post in August this year, there would be no half measures while enforcing Prohibition. He had written, " No one in the past has been able to deliver it totally. The liquor lobby cheers to this one fact more than anything else. I am determined to change this track record of public policy." Late in September he was in Haryana exhorting women to visit 'any village' in Bihar to see changes ushered in by Prohibition.

He actually has reasons to gloat. A 'Bihari' visiting Bhagalpur last month to attend a wedding came back to Delhi marveling at the lecture he had received from a washerwoman. Having overheard the visitor from Delhi criticising the Prohibition policy, the washerwoman vigorously defended the CM, claiming that for the first time in many years men in her household had surplus income; they had started helping out in her work and the children had resumed attending classes in schools. Not just women, she predicted, but even the men were enjoying the benefits of Prohibition and would vote for Nitish Kumar. Such stories are often to be heard.

A Division Bench of the Patna High Court, however, wondered at what could have happened between March 31 and April 5 this year for the state government to make a U-turn. It noted that the Bill proposing amendments to the Bihar Excise Act, 1915 was passed by the Legislature and notified on the last day of March. But it did not provide for complete prohibition. It banned sale, consumption and possession of country liquor in the rural areas but allowed sale of IMFL ( India Made Foreign Liquor), beer etc. in the urban areas. It created a wholesale monopoly for trading in IMFL by the state owned Bihar State Beverage Corporation Ltd and the state government accordingly renewed the licenses for ' bars and restaurants' for the year 2016-17.

The only explanation that the chief minister has offered so far is that in those four-five days there was a clamour for total prohibition. Sensing the mood of the people, specially members of women's self-help groups, the government, he says, decided to immediately enforce total prohibition. This is clearly not a very convincing explanation but at this point one can only speculate about the reasons.

The Patna high court in its order on September 30, 2016 conceded that just as 'the right to consume meat of cow of every age was not a fundamental right, similarly consuming alcohol or right to do business in liquor was also not a fundamental right'. But what is to be prohibited, it felt, is a matter of legislative policy and cannot be permitted by executive fiat. The Bihar chief minister has now removed this particular infirmity in law by getting the two Houses of Legislature to pass in August a new Bill calling for total prohibition, which has come into effect on October 2 after having received the assent of the Governor.

The new Act also removes the anomaly in the April notification which banned sale and consumption of liquor but missed out mentioning the word 'possession'. With the high court coming down heavily on the slip, there is indeed a possibility that a large number of people detained under the draconian law would have to be released and also compensated for illegal detention.

But the more serious reservations voiced by the high court relate to the stringent punishments the April notification proposed and which the new Act has amplified. They included imprisonment up to 10 years, fines going up to Rupees 10 lakhs, provision for sealing and confiscation of houses, punishment to all male adult members of the family if liquor was found in the premises and collective fines on people in case of 'habitual offences' committed by people of a village or locality. Not surprisingly, the high court found the provisions draconian, disproportionate, arbitrary and vague with too much discretion given to the Collector and the Police and too little leeway allowed to the individual and the courts.

There seems to be unanimity among legal experts that the new Act too will not pass judicial scrutiny. Some of them also seem genuinely baffled at the Bihar Government's decision to approach the Supreme Court to challenge the high court order. With the state having notified a new Act, they say, there was no reason for it to appeal against the order on the old notification unless the state government wanted to test the water, seek the views of the highest court so as to make suitable changes in the new Act.

Nitish Kumar has himself suggested that his government will be amenable to making changes in the winter session of the Bihar Legislature. While Prohibition has predictably given rise to a flourishing black market in liquor trade and allowed Excise officials and police to act tough and extort if they so like, the new Act provides for penal provisions against officials as well.

The high court's order was seen as amounting to a serious loss of face. And his gleeful critics are waiting for the Supreme Court to rub it in. Prohibition, they seem sanguine, will come a cropper in the state. People who have seen Nitish Kumar closely are, however, not so sure.