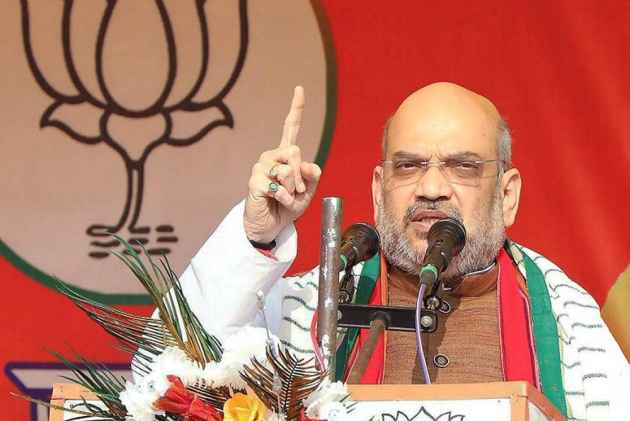 After Prime Minister Narendra Modi was quoted in a home ministry advisory that he “strongly disapproved” of statue vandalism in Tripura and Tamil Nadu, BJP president Amit Shah tweeted saying BJP partymen found to be involved in vandalism will face stern action.

In a series of tweets, the party chief called for upholding the values of constitution and "India's diversity and vibrant spirit of debate and discussion", and called the issue of vandalism 'extremely unfortunate'.

"The recent issue on destroying of statues is extremely unfortunate. We as a party do not support the bringing down of anybody’s statue..I have spoken to the party units in both Tamil Nadu and Tripura. Any person associated with the BJP found to be involved with destroying any statue will face severe action from the party," he said.

In an advisory to all states and union territories, the Home Ministry had also asked the states to take necessary measures to prevent any untoward incident. The state governments were told that persons indulging in such acts must be sternly dealt with and booked under relevant provisions of law,

The CPI(M), however, has called the remarks by the Prime Minister 'empty words' and asked if the party would take action against its own leaders, as promised by Amit Shah.

"Empty words as usual from the PM! Will they arrest @rammadhavbjp & Tripura Governor @tathagata2 who made provocative statements regarding the demolition of the #LeninStatue?." the CPI(M) asked in a tweet.

What action are you going to take against them @narendramodi, @PMOIndia, @HMOIndia?#LeninStatue pic.twitter.com/DL5zTLhavD

In a tweet now deleted, BJP general secretary Ram Madhav appeared to have condoned the vandalism of left ideologue Lenin's statue in Tripura hours after the BJP overthrew the CPI(M) government in the state.

"People taking down Lenin's statue... not in Russia, it is Tripura. 'Chalo Paltai'". he had tweeted. BJP leader H Raja had also in a Facebook post yesterday indicated that statues of the rationalist leader E V Ramasamy "Periyar" could be the next to be pulled down after the statute of Lenin was razed by suspected BJP workers in Tripura.

"Who is Lenin and what is the connection between Lenin and India? What connection India has with Communists? Today Lenin's statue removed in Tripura,tomorrow it will be the statue of EV Ramasamy in Tamil Nadu," he had said in the post which has now been deleted.

Hours later, statue of Periyar in Vellore was vandalised allegedly by BJP workers. Raja later denied sharing the Facebook post, and said it was another admin who did it.