Will Treat Kejriwal As My Poor Client, Won’t Charge Him For Jaitley Defamation Case: Ram Jethmalani 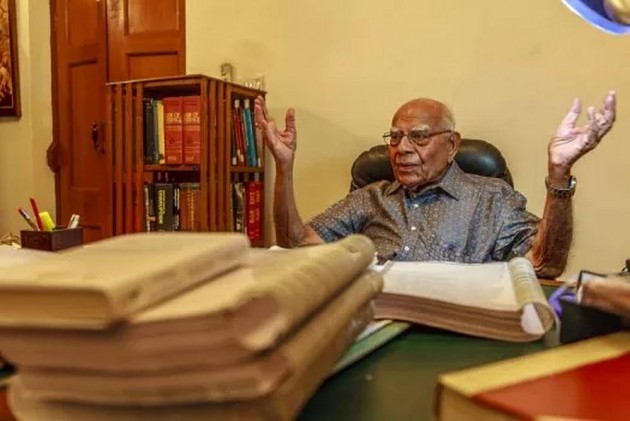 Senior lawyer Ram Jethmalani has said he will not charge Delhi Chief Minister Arvind Kejriwal for appearing for him in the defamation case filed against him by union finance minister and BJP leader Arun Jaitley.

“I charge only the rich but for the poor, I work for free. All this is instigated by (Arun) Jailtley who’s afraid of my cross-examination. Even now, if the government (Delhi) doesn’t pay or he can’t pay, I will appear for free, will treat him (Kejriwal) as one of my poor clients,” Jethmalani said, reported The Indian Express.

Earlier, reports said that Jethmalani’s office sought a retainer fee of Rs 1 crore and demanded Rs 22 lakh per appearance in court. It created a controversy as reports said that there was an attempt to pay this amount by the money of the Delhi government. Reports suggested that deputy Chief Minister Manish Sisodia had signed the paper directing that payments to Jethmalani be cleared by the state government.

Meanwhile, Lt Governor Anil Baijal was learnt to have written to the law department of the Delhi government seeking legal opinion on whether the Aam Aadmi Party government can foot the legal fee of Jethmalani.

AAP had sought to defend the move. “Jaitley has filed the case not agnst Kejriwal the individual. The case is agnst the idea he embodies, it's agnst the people he represents (sic),” AAP leader Ashish Khetan had tweeted.