With The Death Of Abu Ismail, Mastermind Of Amarnath Attack, Forces Say LeT Has Leadership Vacuum In Kashmir 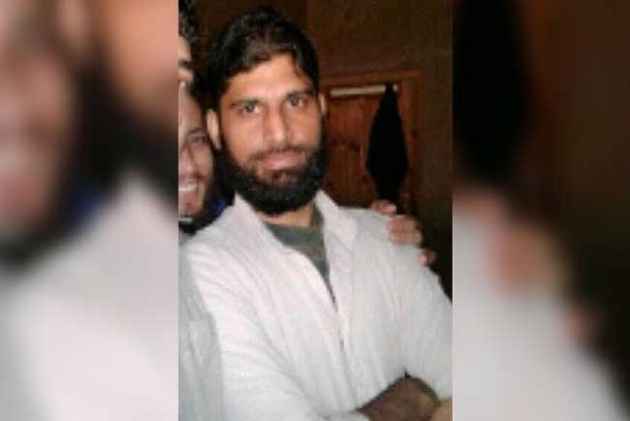 Jammu and Kashmir Police and the Army today, said LeT top commander Abu Ismail, who was killed in a brief shootout, on Thursday afternoon, was involved in the killing of at least 14 security force personnel and eight civilians. They said with his killing there would be a vacuum in the LeT leadership that would provide an opportunity to the security forces.

“Abu Ismail was involved in 15 FIRs. After elimination of Abu Dujana, he had taken over as chief of Lashkar e Toiba in the valley. He was involved in around 15 criminal cases in valley, which included murder, dacoits and other militancy related incidents. So I take this opportunity to compliment teams of the army, police and CRPF for executing a wonderful operation with no collateral damage”, Kashmir police chief, Muneer Ahmad Khan told reporters this evening.

While giving credit to the police, Khan said a high-level input was generated by the police after which a joint operation was launched in Nowgam Arigam area in the outskirts of Srinagar.

“It was around 4.15 p.m today contact was established with two hiding terrorists in a house. In a very brief and crisp encounter both the terrorists were killed. Two AK Rifles, UBGls and other material recovered from them”, Khan said.

He said the identification was carried out so far on the basis of so many evidence and it revealed that the killed militants were Abu Ismail from Pakistan and Abu Qasim also known as Chota Qasim from Pakistan. “Bodies were recovered from the site of encounter and placed at appropriate place for appropriate disposal”, Khan said.

“It is great success for the security forces. A chapter of history of these terrorists has been closed and tomorrow will be a new day for us. We will start work afresh”, Khan said.

Major General B S Raju of the Army said the operation was launched by 50 RR after high-level input of the police and it led to a quick conclusion of the operation.

“To us, this operation is extremely important because Ismail was directly responsible for the killing of 14 security force personnel, 8 civilians and injured of many people”, he said.

“This success is also important and we are expecting vacuum in the leadership of LeT. After the death Abu Qasim, Abu Dujana took charge and then you had Abu Ismail in-charge of the LeT. We are looking at serious deficiencies in the LeT leadership which should give us more opportunities”, he said.

Khan said, “when on July 10 the terrorists carried out an attack on a yatra vehicle leading to killing of eight yatris and 20 others, there was a total condemnation of the act from all section of society.”

“People said loud and clear that these killers must be killed. From that day onwards these killers were on our target and teams whether it be police, army or CRPF were working. You can understand the effort which has been put in to execute this operation, a joint operation of police army and CRPF”, he said.