Shelling Along LoC: 100 Given, 5000 More Family Bunkers In Offing

The project will help to accommodate more than 1000-1200 persons during an emergency situation. The technical design of the bunker withstands the kind of weaponry frequently used in such ceasefire violations. 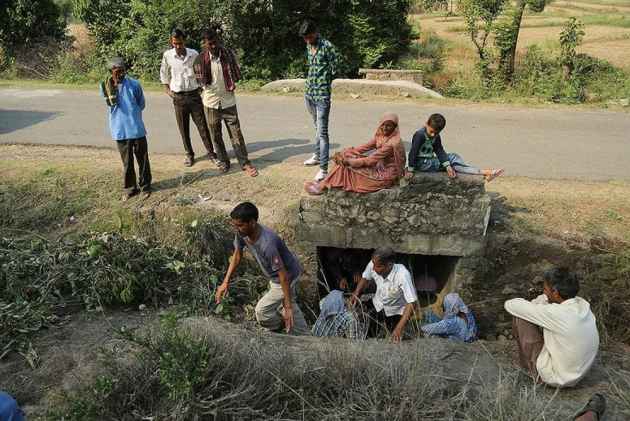 With the exchange of fire between the Indian and Pakistani armies along the LoC on the rise,  the district administration distributed 102 bunkers to the families residing in the region.

The officials said more than 4500 people migrated to relief camps established by authorities in Nowshera town of Rajouri in May 2017 due to heavy shelling and widespread damages due to ceasefire violation. The ceasefire violation left more than 170 houses damaged and eight civilians killed.

Each bunker has a capacity to accommodate 10 people for long-term while 12-16 persons for short-term shelter in wake of ceasefire violation. The project will help to accommodate more than 1000-1200 persons during an emergency situation. The technical design of the bunker withstands the kind of weaponry frequently used in such ceasefire violations.

The LoC runs through 120 km long stretch in the district across 72 villages in 6 Tehsils while nearly 22 villages are worst hit. Authorities in the district administration have further endeavoured to construct bunkers in Manjakote, Panjgrain, Doongi where recently ceasefire violations were reported.

The officials say more such bunkers will be constructed after the sanction from MHA to provide greater safety for the border inhabitants. This will include more than 5000 family-type bunkers and 370 community bunkers.

The Deputy Commissioner, Dr Shahid Iqbal Choudhary said the district administration had started a pilot project to construct 100 family-type bunkers for the safety of civilians in September 2017.

He said the community type bunkers were later started near schools and police posts.

These bunkers were started with an innovative model of convergence with MGNREGA and community participation in the execution of projects. “The project cost for one unit was pegged at Rs 2.40 Lakh out of which Rs 90,000 was dovetailed from MGNREGA”, he added.

The DC says 102 family type bunkers have been completed in various villages along the Line of Control. “It was mammoth task completed in a very short span of time with active cooperation of public. The project was designed as community driven for asset-ownership. Every family contributed its share in addition to the project cost. The bunkers have also been provided one toilet unit under the Swachh Bharat Mission”, he adds.

These bunkers have been constructed in several villages of Nowshera and Qila Darhal Tehsils of Nowsher sub-division which include Jhangar, Kalsian, Danaka, Pukherni, Laroka, Sair. A widespread outreach programme was conducted last year for effective community participation which showed successful result in planning and implementation of the project.