'On June 27, they beat her up. They kicked her in the stomach repeatedly and in order to save herself, she ran away from the house' 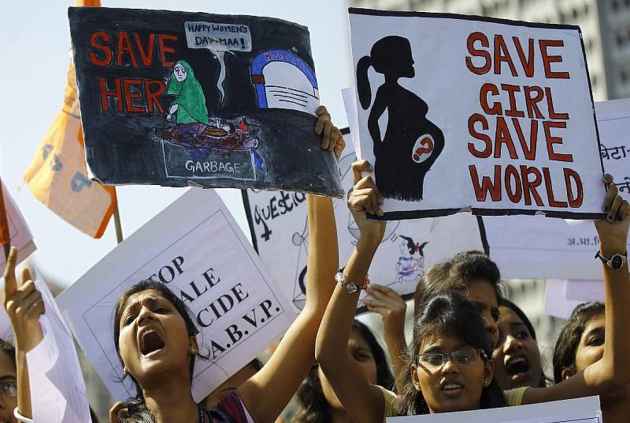 A 25-year-old woman from Abohar, Punjab, delivered a still-born girl after her in-laws allegedly assaulted her for carrying another female child.

A report in The Tribune says that the woman was admitted to the Abohar Civil Hospital after the beating which happened because the family supposedly knew that she was carrying a second female child.

Brahmadev, a farmer and the father of the woman, Suman, reportedly told the Khuyiansarwer police that his daughter had been married to one Davinder of Banwala village in Sriganganagar. He alleged that an illegal sex-determination test had been carried out on his daughter and that she had been forced to abort the foetus when her in-laws found out that another girl-child was on the way. Suman is said to have given birth to a girl in 2015.

Her father further alleged that she had left the house after a fight with her in-laws over the issue on June 27. He reportedly added that her in-laws caught hold of her in Achadiki village on the Sriganganagar-Abohar highway and assaulted her.

An Indian Express report quotes her father saying: “About 20 days back they got an ultrasound of Suman done from some Ganganagar centre and soon after that, they started misbehaving with her. On June 27, they beat her up. They kicked her in the stomach repeatedly and in order to save herself, she ran away from the house.”

Her mother told the newspaper that when Suman first got pregnant after marriage, her in-laws had got an abortion done suspecting a girl child.

Some villagers reportedly rescued her and took her to the hospital where she delivered a still-born on July 1. The Tribune says she alleged too to the police that her in-laws had kicked her on her stomach to harm the unborn child.

A case is said to have been registered against her husband and his parents under Sections 316, 323 and 341 of the IPC.