Women Entrepreneurs Must For India To Grow At 9-10%: Amitabh Kant

"India needs far more contribution of women in GDP. Women contribute about 22 per cent of our GDP, the worldwide average is close to 44-45 per cent" 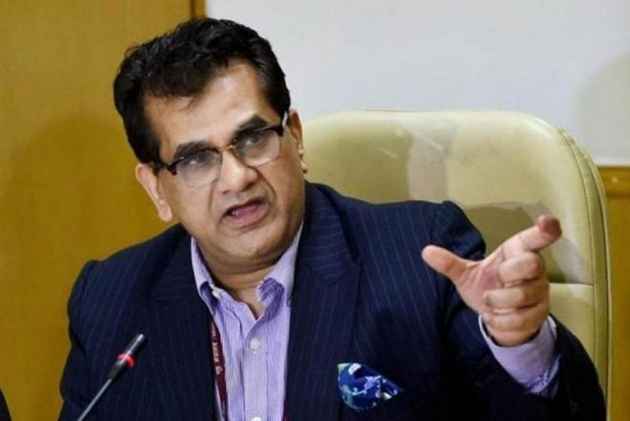 For India to grow at 9-10 per cent for three decades consistently and reap the dividend of demographic advantage, promoting entrepreneurship among women has to be the key strategy, Niti Aayog CEO Amitabh Kant said on Monday.

He also pointed to Khap Panchayats of Haryana for not providing adequate opportunity for health, education and nutrition to women, which kept certain state districts as worst performers on aspirational scale.

If women don't do well then the society faces an inter-generational cycle of malnutrition and infant mortality, he said.

"India needs far more contribution of women in GDP. Women contribute about 22 per cent of our GDP, the worldwide average is close to 44-45 per cent," he said at an event here.

"And, therefore, if India has to grow consistently at 9-10 per cent for three decades and reap dividend of demographic advantage, the focus on women entrepreneurship has to be key aspect of growth strategy," he added.

Noting that whenever opportunity has been provided to women they have performed much better than men, Kant said, "Our belief is that if you want to transform India, then you need to give huge fillip to women entrepreneurship."

In this context, citing an example he said: "Mewat has performed worst in ranking of aspirational districts because Khap Panchayats don't provide adequate opportunity for health education nutrition for women.

"That's the sole reason why district has not done well."