Missed some of the action? Here is your summary of what went down on Day 18 of the World Cup. 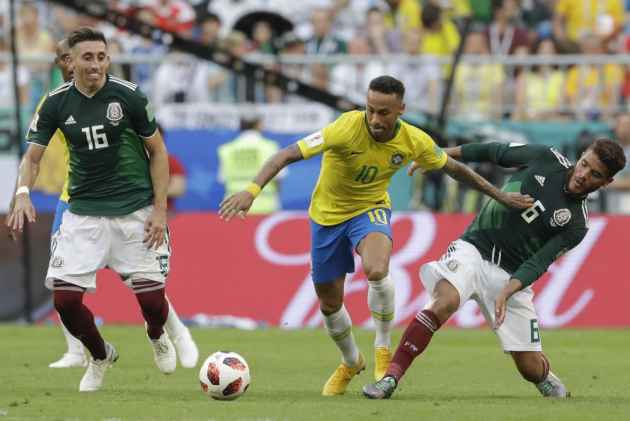 Brazil made it look easy against Mexico as Neymar looks to finally have found his rhythm. Meanwhile, Belgium were given a big scare by Japan, but they eventually fought back to grab the win. Couldn’t catch the action? Here is your definitive round up of Day 18 of the World Cup.

The Brazilian cult hero has arrived. After fracturing his metatarsal playing for PSG in the club season, Neymar found himself in a race to be fit for the World Cup, and while he was eventually given the green signal by the medics, it was evident in the group stage matches that the winger still lacked sharpness. Against Mexico, however, he was back to his best. Neymar drew a lot of negative attention last night for some of his unnecessary showboating and his exaggerated reactions to tackles- both of the criticisms are unwarranted. Neymar is Brazil’s best player by any metric, and the Brazilians are the global ambassadors for skills and tricks in football- so if Neymar doesn’t showboat, who will? Secondly, regardless of the number of extra rolls he takes for every nudge of a tackle, Neymar is still the most fouled player at World Cup 2018. In 2014, he left the tournament injured due to a horror tackle, and is just coming back from a long injury- the number 10 does not want to take any chances this time- so his exaggerated reactions are his way of protecting himself from defenders who resort to physicality to deal with the diminutive winger. The game was largely uneventful until Neymar sparked into life in the 25th minute to turn Mexican defender Edson Alvarez inside out and dispatch a shot. His back heel one-two with Willian was exquisite, as it set him up to score the opener. Neymar kept going at the Mexican defence, holding up the ball well and winning free kicks as Brazil looked to hold their 1-0 lead. Neymar then made another bursting run forward, setting up Firmino in the 89th minute to seal the game. The Brazilian was on fire last night and caught a lot of eyes with his performance and his look, as he changed his hairstyle for the third time this World Cup. This one though, seems to be the charm, as he now looks like the man Brazil need to lift the trophy.

Champions find a way. Belgium are not champions yet, but they look most likely to be amongst the teams left in the World Cup. It is safe to say that Belgium coach Roberto Martinez grossly underestimated Japan’s ability to cause problems, and was duly punished as they went 2-0 down within the first 5 minutes of the second half. But even in the first half, the whole team didn’t seem to be working as a unit. Kevin De Bruyne had been placed too deep to make use of his brilliant playmaking abilities, there was no one mirroring Hazard on the other wing resulting in Belgium’s attack being one-dimensional, and there were no aerial balls to make use of Lukaku as a target-man. The tactics were all wrong, but the so-called ‘golden generation’ of Belgium went all out after going 2-0 down, to score 3 goals in 25 minutes and make the biggest comeback win of this World Cup. Belgium finally started making use of their height advantage as Vertonghen and Fellaini scored headers to make the game level. Nacer Chadli then stole it for Belgium in the 4th minute of stoppage time from a swift counter-attack. Most teams would have dropped their heads from being 2-0 down right after half-time, but Belgium kept probing and used the deficit as motivation to get back into the game. This hungry attitude sometimes defines teams, and is what makes them go the distance. The question on everyone’s lips now is- can Belgium go the distance? We’ll find out on Sunday when the face Brazil in the quarter final.

Belgium were emphatic in the second half, but right before Chadli’s goal, Japan actually had a short spell of dominance. With that momentum, had the game gone into extra time, there might have been a completely different result. Belgium were visibly tired after having given their all to get back into the game, while Japan had been sitting back and soaking up the pressure. It was clear that Belgium were the more tired team after 90 minutes of high pressing, so Chadli’s goal was key as going into extra-time may have been more favourable for Japan. In the end it, it was enough to send the Red Devils through, and Roberto Martinez may want to prep better for the Brazil game, as they won’t be as generous as Japan.