The two Indians have been identified as A Maregowda and H Puttaraju. 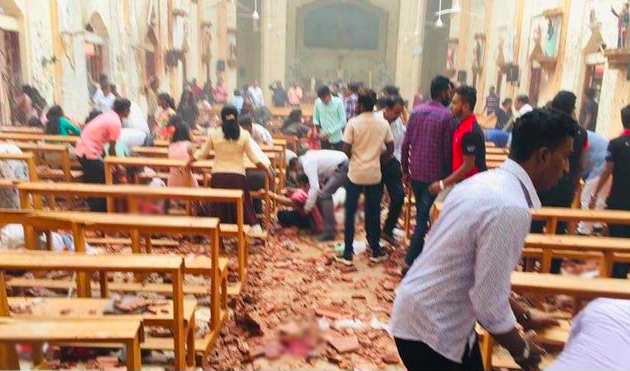 The two Indians have been identified as A Maregowda and H Puttaraju.

Regret to confirm the deaths of two more Indian nationals Mr. A Maregowda and Mr. H Puttaraju in the blasts in Sri Lanka on Sunday, taking the total number of Indian deaths in the tragedy to 10 as of now.@SushmaSwaraj

The Indians are among over 30 foreigners killed in Sunday’s serial bomb attacks on churches and hotels across Sri Lanka, which claimed 310 lives and injured more than 500 people.

Six Janata Dal (Secular) workers from Karnataka were among the Indians killed. They were on a break after working in the Lok Sabha elections and had gone to Sri Lanka for the Easter weekend.

The group was staying at the Shangri-La hotel in the Sri Lankan capital when a suicide bomber attacked the hotel as guests sat down to a buffet breakfast.

A woman from Kerala, P.S. Raseena, was also killed.

The dead JD-S members have been identified as L. Ramesh Gowda, 44, from Tumakuru, K.M. Lakshminarayan, 53, and H. Shivakumar, 62, owner of Harsha Hospital from Nelamangala, realtors K. H. Hanumantharayappa, 53, M. Rangappa, 47, and Maaregowda, 45, — all from Bengaluru.

In addition to the numbers given below, Indian citizens in need of assistance or help and for seeking clarification may also call the following numbers +94777902082 +94772234176

The Sri Lankan Government has imposed emergency in the country.