Switzerland has begun sharing details for the last few years with several countries including India after submission of evidence about financial and tax-related wrongdoings of the clients of Swiss banks. 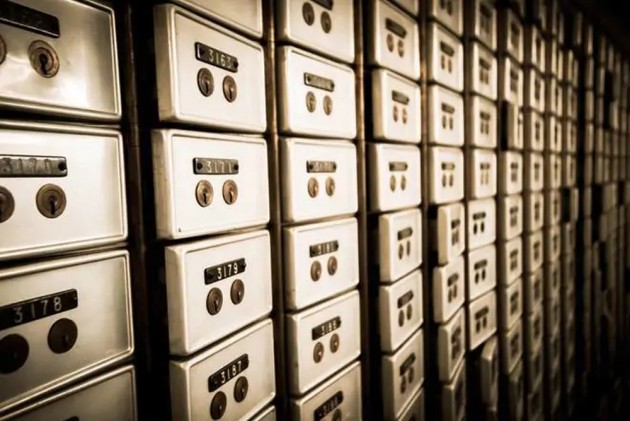 As Switzerland strives hard to re-establish its global financial centre position after clamping down on secrecy walls of its banks, there has been a significant surge in the number of cases where it has initiated process to share information on Indians with Swiss bank accounts and shot off letters to about a dozen such individuals last week itself.

Since March, at least 25 notices have been issued by the Swiss authorities to Indian clients of Switzerland-based banks in which they have been given one last chance to appeal against sharing of their details with India.

An analysis of the notices issued by the Federal Tax Administration, Switzerland government's nodal department for sharing of information on foreign clients of Swiss banks, shows that the Swiss government has stepped up its efforts in sharing such details with a number of countries in the recent months, but the surge in India-related cases is noticeable in the past few weeks.

A Swiss Maze Of Tax Escape

At least 11 such notices were issued to Indian nationals on May 21 itself, though the gazette notifications of the Swiss government has redacted full names for several of them while making public only their initials besides the nationality and the dates of birth.

The two Indians whose names have been mentioned in full are Krishna Bhagwan Ramchand (born in May 1949) and Kalpesh Harshad Kinariwala (born in September 1972). However, no further details have been disclosed about them as well.

In these notices, the individuals or their authorised representatives have been asked to file their appeals, if any, within 30 days with necessary documentary proof to support their case against providing 'administrative assistance' to India, which broadly means sharing of their banking and other financial details.

In April also, some such notices were issued including to one Mrs J N V, as also to Mr Kuldip Singh Dhingra and Anil Bhardwaj, among others.

Several of these names are said to have figured in the leaked HSBC lists and Panama papers which allegedly contained names of Indians with Swiss bank accounts and are being probed by Indian authorities in alleged black money cases.

In case of Krishna Bhagwan Ramchand and Kalpesh Harshad Kinariwala, such notices were issued in April as well and fresh notices have been served to them presumably after their responses to the earlier notices.

Before that in March, Switzerland had issued such notices to Mumbai-based Geodesic Ltd and its three directors (Prashant Sharad Mulekar, Pankajkumar Onkar Srivastava and Kiran Kulkarni), as also to Chennai-based Aadhi Enterprises Pvt Ltd, who are being probed by the Indian authorities for alleged money laundering and other financial irregularities.

Switzerland was widely known as an alleged safe haven for black money before it bowed down before the global pressure and agreed to bring down the famed secrecy walls that had historically surrounded the Swiss banks, provided the requesting country gave proof for financial irregularities done by the concerned person or the company.

Along with several other countries, India has also been making use of this change in the stance of Switzerland by seeking details of suspected black money hoarders in Swiss banks and it has already got back information in a large number of cases in the last few years.

As per the Swiss law, the FTA decision can be appealed within 30 days (in some cases 10 days), provided the appellant is able to give sufficient ground to challenge it.

While the Swiss government documents did not disclose specific details related to the information and assistance sought by the Indian authorities regarding these Indian companies and individuals, such an 'administrative assistance' follows submission of proof about financial and tax-related wrongdoings and typically involves sharing of information relating to bank account details and other financial data.

While Switzerland has always denied being a safe haven for black money, it has begun sharing details for last few years with several countries including India after submission of evidence about financial and tax-related wrongdoings of the clients of Swiss banks.

Besides, a new framework of automatic information exchange has been now put in place and the details can be accessed under the new system from this year.

According to Switzerland's State Secretariat for International Finance, the global standard for the automatic exchange of information (AEOI) on financial accounts is expected to increase the transparency and prevent cross-border tax evasion.