A UN campaign, 'Orange the world: End violence against women', ended on International Human Rights Day. The campaign, a part of the UN's multi-year programme, assumes additional significance during the covid times when crimes against women have reportedly skyrocketed. 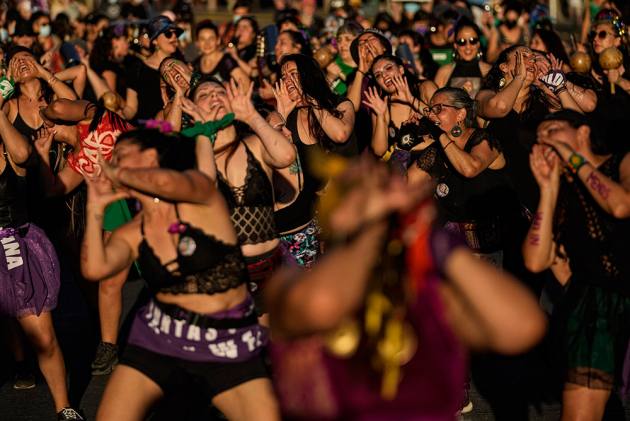 The 16-day long activism undertaken by the United Nations every year to spread awareness about gender-based violence ended on Friday -- a day that is observed as International Human Right’s Day. The campaign that started on November 25, observed as the ‘International Day for Elimination of Violence against Women’, called for bridging the gender gap and providing essential services to women and girls, who have been victims of violence during the coronavirus pandemic. This year’s theme was, ‘Orange the world: End violence against women now!’

It is part of the United Nation’s UNiTE by 2030, a multi-year programme managed by the UN’s women forum.

The campaign assumes exceptional significance during the pandemic years, as countries across borders have reported an increasing number of domestic violence against women and girls.

As per a UN study, an estimated 736 million women—almost one in three—have been subjected to violence by a partner, sexual violence by a non-partner or both at least once in their life.

The data, however, seems to have peaked during the pandemic, constituting a grave violation of human rights.

Violence against women across the globe during pandemic

As countries implemented lockdown, the domestic violence cases intensified forcing countries to increase more helpline numbers. According to UN data, in some countries, the call to seek help spiked five times than usual times. However, when we may look at formal reports, the numbers may not reflect, as most survivors found it difficult to seek help through regular channels.

In 2020, 243 million women and girls across the world were abused by an intimate partner, while less than 40 per cent of the victims were able to report it or seek help.

The closure of the schools, the economic slowdown, being locked inside a house with one’s abuser -- all of it have come to heavily accentuate the ever-growing gender violence.

Violence against women in India during pandemic

According to a survey by the National Commission of Women, India had witnessed a 2.5-time increase in domestic violence against women between April and May 2020. Women helplines reported that following the lockdown they received more calls than they have otherwise received in the last 10 years. However, many incidents of domestic violence have also gone unreported as many victims had no means to report the crime.

Initiating measures to protect women, the Indian government classified domestic violence shelter and support services as “essential”. Throughout the pandemic, 700 one-stop-crisis centres cropped up providing aid and shelter to over 3,00,000 women who suffered abuses from their partners.