The Navy arrested the Indian fishermen in the seas 16 nautical miles west of Point Pedro, during a patrol. 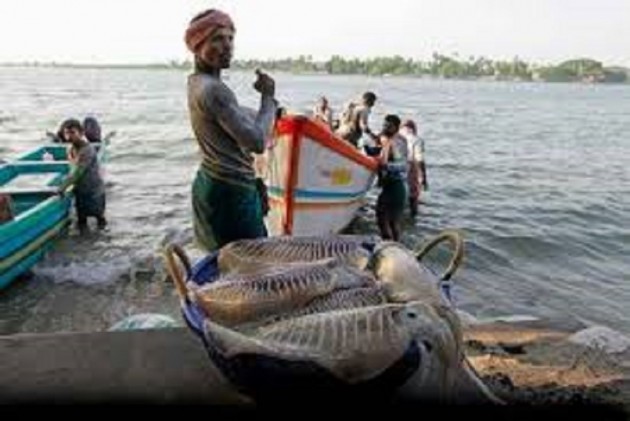 The Navy arrested the fishermen in the seas 16 nautical miles west of Point Pedro, during a  patrol.

Three dhows used by them were also being taken into naval custody, and brought to SLNS Uttara in Jaffna, Colombo Page reported.

After a medical test, the fishermen will be handed over to the Assistant Director of Fisheries in Jaffna, for further investigation, the Navy Media Unit said.

In January 2018, Sri Lanka increased by over 100 times the fine on foreign vessels, to deter them from fishing in its waters, amid a dispute over the frequent entry of Indian fishing trawlers into the country's maritime territory.

The main aim of the move is to prevent illegal fishing activities in the Sri Lankan waters, and protect the fisheries and aquatic resources of the country's coastal belt.

Covid-19 Taught World We Are 'Stronger And Better' Together: PM Modi At 'Global Citizen' Festival

Taliban Returns To Its Gruesome Past; Hangs Dead Body In Herat City Square