Spacewalk No. 421 will be the first spacewalk which will be conducted solely by women astronauts 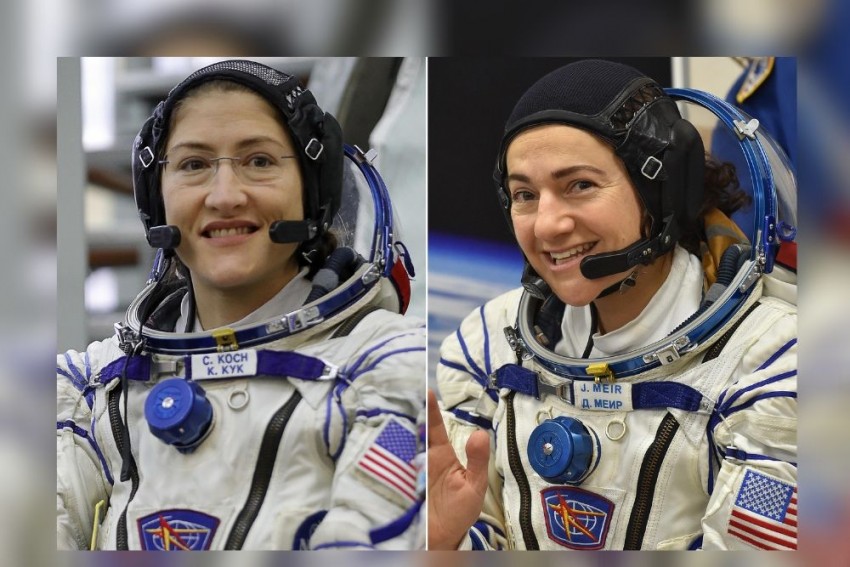 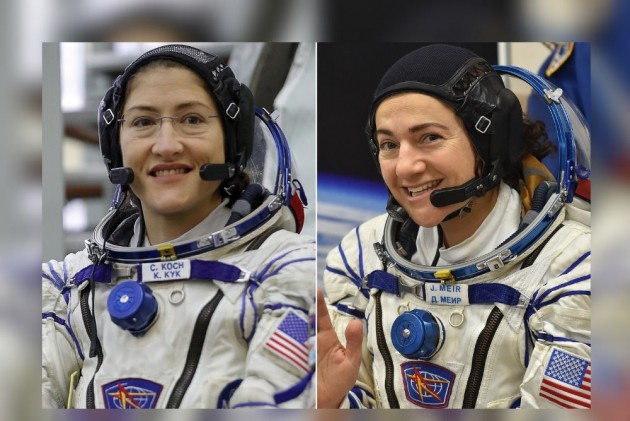 US astronauts Christina Koch and Jessica Meir's mission to replace a power controller outside the International Space Station officially began at 1138 GMT.

"Christina, you may egress the airlock," spacecraft communicator Stephanie Wilson told the two.

Men have floated out the hatch on all 420 spacewalks conducted over the past half-century but spacewalk No. 421 is creating "HERstory," as NASA is calling it, with NASA astronauts Christina Koch and Jessica Meir becoming part of the first all-female spacewalk.

All four men aboard the International Space Station remained inside, as Koch and Meir went to replace a broken battery charger.

The battery charger failed after Koch and a male crewmate installed new batteries outside the space station last week. NASA put the remaining battery replacements on hold to fix the problem and moved up the women's planned spacewalk by three days.

NASA, meanwhile, is asking schoolteachers to share photos of their students celebrating "HERstory in the making." The pictures might end up on the spacewalk broadcast.

As of Thursday, men dominated the spacewalking field, 213 to 14.

Meir, a marine biologist who arrived at the orbiting lab last month, will be the 15th female spacewalker. Koch, an electrical engineer, already has done three spacewalks; she's seven months into an 11-month spaceflight that will be the longest by a woman.

NASA planned the first all-female spacewalk in March but had to call it off because of a shortage of medium-size suits. Koch put together a second medium over the summer.