The attackers fired on the convoy of Frontier Corps South soldiers in the mountainous Buleda area. 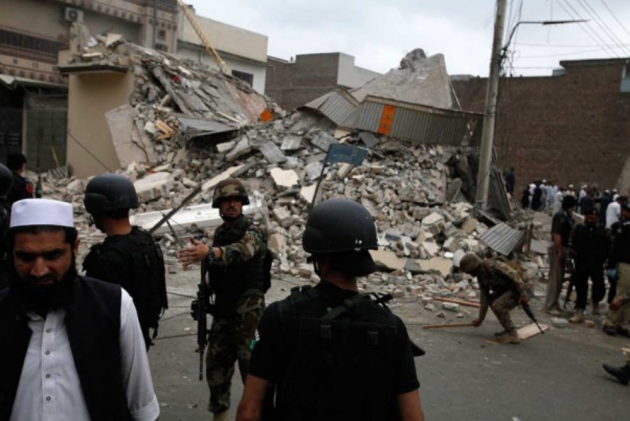 Two Pakistan soldiers were killed while another injured following attack by an unidentified gunmen in the country’s Balochistan province.

The attackers fired on the convoy of Frontier Corps South soldiers in the mountainous Buleda area of Kech district on Friday.

The soldiers returned fire but the attackers managed to escape, officials said.

The killed soldiers were a Lance Naik and a Sepoy. The injured soldier was taken to a nearby health centre.

Balochistan has been facing low-level violence by the Tehreek-e-Taliban Pakistan (TTP) rebels and Baloch nationalists in recent months.

In the last three weeks, two major attacks have been reported.

On September 5, a suicide bomber of the outlawed TTP blew himself up in the province killing at least four security personnel and injuring 20 people.

The attack had targeted a Frontier Corps check post on the Mastung road in Quetta, the provincial capital.

The TTP had claimed responsibility for the attack.

The suicide attack took place less than two weeks after three Levies police personnel were killed and as many injured when their vehicle hit a landmine in the province's Ziarat district. (With PTI inputs)