One of three soldiers wounded in an attack on a patrol in Syria's northwestern Idlib province on Saturday died of his injuries in a hospital. Two other soldiers died during the attack. 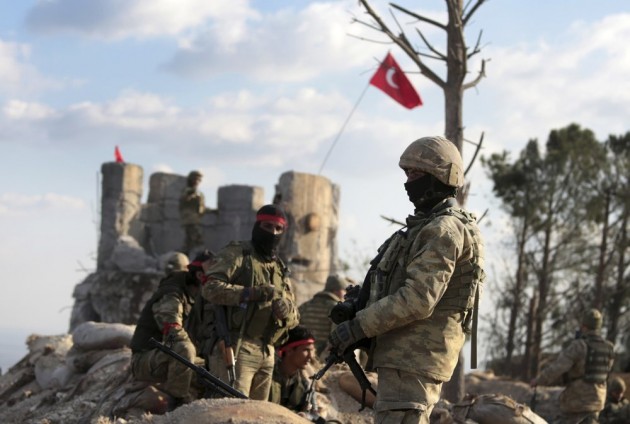 Two Turkish troops died on Sunday after being attacked during cross-border operations in Syria and Iraq, Turkish officials said. The casualties take the weekend toll to four deaths.

One soldier was killed by fire from “separatist terrorists” as his unit was leaving a base in northern Iraq, the Defense Ministry said, in reference to the Kurdistan Workers' Party, or PKK. Turkey launched a land and air campaign in northern Iraq in April and has established several bases in the region.

The PKK is designated as a terrorist organisation by Turkey, the U.S. and the EU. Tens of thousands of people have been killed since it began its armed campaign against Turkey in 1984.

Meanwhile, one of three soldiers wounded in an attack on a patrol in Syria's northwestern Idlib province on Saturday died of his injuries in a hospital. Two other soldiers died during the attack.

The assault happened following a search and screening operation in the Idlib de-escalation zone. The region is the last major rebel stronghold in Syria's civil war and parts are patrolled by Turkish and Russian troops.