The officials said a suicide bomber of the outlawed Tehreek-e-Taliban Pakistan blew himself up in the Balochistan province. 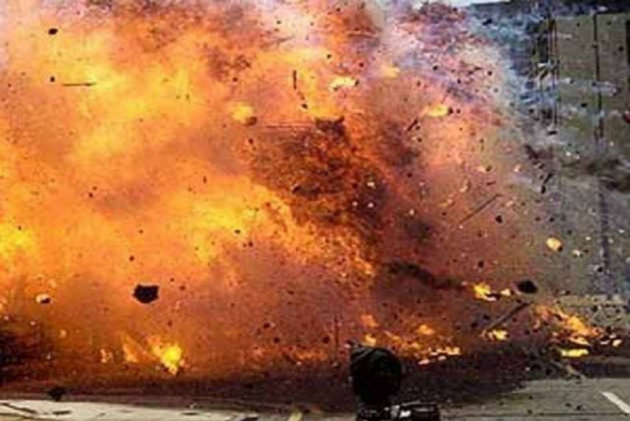 At least three persons were killed, while 20 others were injured in a suicide bomb attack in Pakistan’s Balochistan province on Sunday.

The officials said a suicide bomber of the outlawed Tehreek-e-Taliban Pakistan blew himself up in the Balochistan province, which left three persons—all security personnel dead, while 20 people were injured.

The three personnel who were killed in the blast and majority of the injured belong to the FC, which is in forefront of the efforts to tackle militancy in the province, Akram said.

Eighteen of the injured were security officials while two were bystanders, the officer said, adding that the number of casualties could rise.

According to the Counter-Terrorism Department of Balochistan, the blast was a "suicide attack" and was carried out near the Sona Khan checkpost.

The banned Tehreek-e-Taliban Pakistan (TTP) claimed responsibility for the attack, sending a grim signal that the change of government in Kabul might not end the woes of Pakistan as the country looks towards the Taliban to rein in the TTP rebels who are hiding in Afghanistan.

According to security forces, the vehicle targeted in the attack was providing security to vegetable sellers belonging to the Hazara community of the province.

Condemning the attack, Prime Minister Imran Khan took to Twitter to offer condolences to the families of those killed.

Condemn the TTP suicide attack on FC checkpost, Mastung road, Quetta. My condolences go to the families of the martyrs & prayers for the recovery of the injured. Salute our security forces & their sacrifices to keep us safe by thwarting foreign-backed terrorists' designs.

“Condemn the TTP suicide attack on FC checkpost, Mastung road, Quetta. My condolences go to the families of the martyrs & prayers for the recovery of the injured. Salute our security forces & their sacrifices to keep us safe by thwarting foreign-backed terrorists' designs,” he said in a tweet.

"Security forces have given countless sacrifices in the war against terrorism. The whole nation is indebted to the martyrs. We are fighting the terrorists with our full strength and will continue to do so. These violent attacks will not lower the morale of the forces," he said, adding that the war would continue until total peace was achieved.

President of the Opposition Pakistan Muslim League-Nawaz (PML-N) Shehbaz Sharif also condemned the attack and said that the deterioration of law and order was a cause of concern.

Balochistan has been facing low-level violence by the TTP rebels and Baloch nationalists.

The suicide attack took place less than two weeks after three Levies police personnel were killed and as many injured when their vehicle hit a landmine in the province's Ziarat district. (With PTI inputs)