There is no evidence that Afghanistan President Ashraf Ghani himself is infected, and it was not known whether he has been tested. 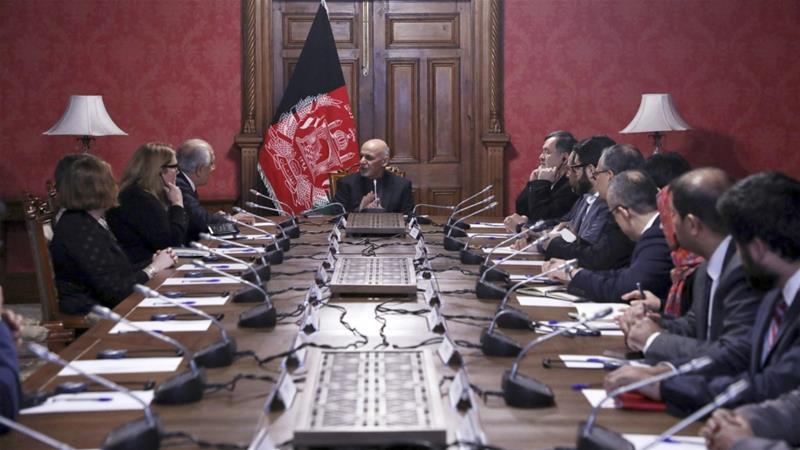 At least 40 workers in Afghan President Ashraf Ghani's palace have tested positive for the coronavirus, but so far, there is no indication the president himself has been infected, The New York Times reported.

The infected officials work for the administrative wing of the president’s office, the national security council and the office of President's Ghani’s chief of staff.

Those COVID-19-positive workers have been sent into quarantine.

According to the AFP news agency, Ghani's spokesman Sediq Sediqqi declined to comment and referred questions to the health ministry, which also would not comment, saying it did not disclose the identity of its patients.

Ghani, 70, recently began his second term as president and faces multiple crises, including a floundering peace process and an attack on his authority by his bitter rival Abdullah Abdullah, who also has claimed the presidency.

Kabul is currently on a coronavirus lockdown, which authorities recently extended for three weeks, and all government offices are shut.

Afghanistan has officially reported only 933 cases of coronavirus, including 33 deaths.

But the impoverished nation has had only limited access to testing, and observers fear the real numbers are much higher.

Ghani lives in a sprawling palace compound in central Kabul. Recent official photos have shown him wearing a mask and gloves, and mainly holding online meetings with officials.

"The flow of people into the palace has been reduced. Visitors are sprayed with disinfectant head to toe and subject to temperature checks before they are frisked by elite guards in hazmat suits," the NYT reported.