One witness said it was a 'miracle' anyone escaped the jet, which was carrying 78 passengers and five crew. 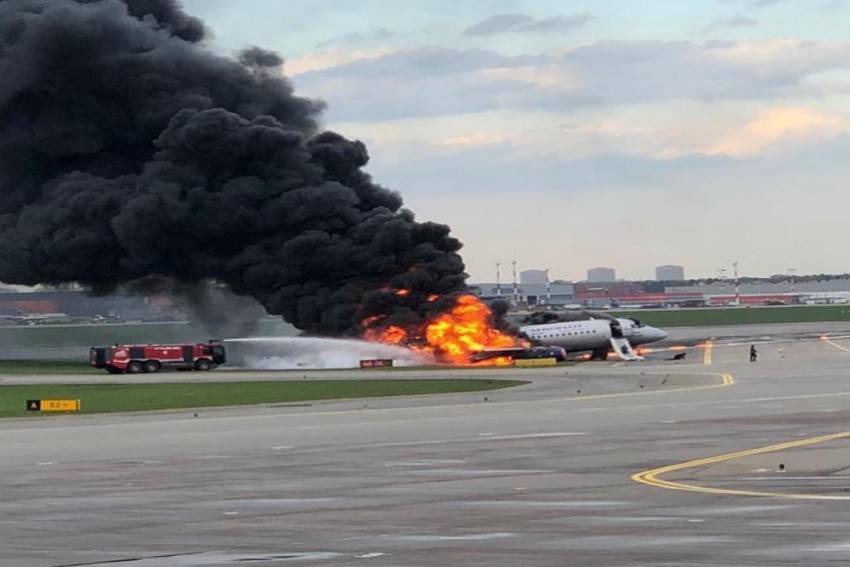 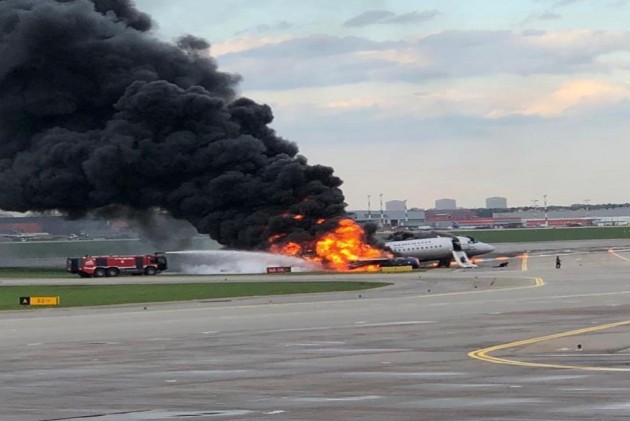 At least 41 people were killed after a Russian plane made an emergency landing and burst into flames at Sheremetyevo airport in Moscow.

Two children and a flight attendant were among the dead, Russian media reported.

One witness said it was a "miracle" anyone escaped the jet, which was carrying 78 passengers and five crew.

Veronika Skvortsova, head of Russia's ministry of health, said in a statement that six patients are in hospital - three of whom are in a critical condition.

Aeroflot, Russia's national carrier, said the plane was forced to return to the airport "for technical reasons", but did not elaborate.

The aircraft, a Sukhoi Superjet-100, departed Sheremetyevo airport at 6.02 p.m. for the city of Murmansk.

The crew issued a distress signal when "malfunctions" occurred shortly after departure.

After making an emergency landing at the airport, the plane's engines caught fire on the runway, Aeroflot said in a statement.

The crew "did everything to save the passengers," who were evacuated in 55 seconds, the firm said.

Of the 78 people on board the Superjet-100, only 37 have been accounted for, the Russian Investigative Committee said.

Aeroflot published a list of survivors (in Russian) who have been identified so far, adding that it will continue to be updated as new information comes to light.

Interfax quotes a source as saying the plane's engines caught fire on the runway after a hard landing, not in mid-air as initially reported.

Reports also suggest it did not succeed in its first emergency landing attempt.

Murmansk's Acting Governor Andrey Chibis has reportedly said that the families of those killed in the fire will each receive one million rubles ($15,300), while the victims being treated in hospital will be given 500,000 rubles ($7,650).

Mikhail Savchenko claims he was on the plane when it exploded into a fireball on the tarmac but "managed to jump out".

He shared a video of passengers running away from the burning plane, posting: "'Guys I am all right, I am alive and in one piece."

One of the surviving passengers, Dmitry Khlebushkin, says that he is very grateful to the flight attendants.

"Only thanks to the flight attendants, I survived," he told reporters.

Kristian Kostov, a former Bulgarian Eurovision contestant, has posted on social media about witnessing the incident.

He said people at the airport were left "shaking" after seeing the aircraft engulfed by fire and said other flights are now unable to take-off.

Another eyewitness, Patrick Horlacher, told the BBC it was "shocking to see" the plane being ravaged by flames just minutes before he was due to board another flight.

An investigation has been opened into the incident, reports say.

Russian President Vladimir Putin has reportedly been briefed and expressed condolences to the families of victims.

The region of Murmansk has announced a three-day mourning period.