A rare tornado struck cities and villages in the country's southeast, wounding 150 people and destroying hundreds of homes. To assist the rescue personnel, 200 police officers have been deployed in the area. 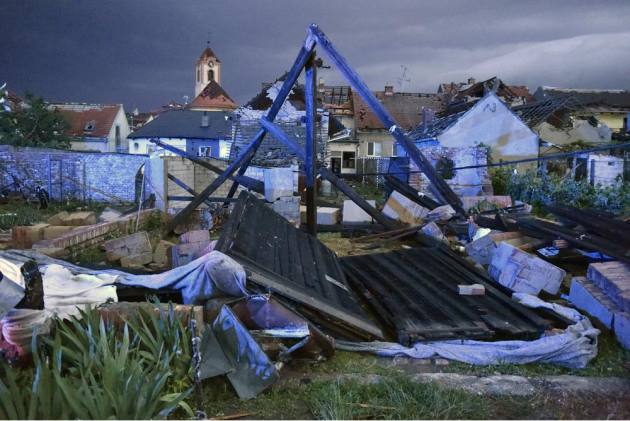 A rare tornado, believed to be the most devastating twister in the Czech Republic's modern history, has torn through the country's southeast, killing at least five people and injuring hundreds, rescue services and police said on Friday.

The tornado touched down late Thursday as strong thunderstorms hit the entire country. Seven towns and villages sustained heavy damage with buildings turning to rubble and cars overturning. In some instances, the storms were accompanied by hail the size of tennis balls.

The fatal tornado doused over 40,000 households into darkness with no electricity in the southeastern region of the country.

A look at travel rules in popular European destinations

About 360 additional police officers were dispatched to the area, along with army troops. Rescue crews from across the country were joined by counterparts from nearby Austria and Slovakia. Drones, helicopters, and sniffer dogs are currently being deployed to search through the rubble.

Police said that at least five people were found dead, but regional government chief Jan Grolich said he would expect the death toll to rise.

“It's a huge tragedy,” Prime Minister Andrej Babis said. Babis was in Brussels to attend an EU summit and was planning to visit the damage-hit region on Friday. He said he has asked the EU for help.

“I'd like to offer my condolences to the families of the victims,” Babis said. “We as the government will do all we can to help the people because it's a real apocalypse.” He said that nearly 2,000 buildings have been damaged so far.

Hrusky Deputy Mayor Marek Babisz told Czech public radio that half of his town was almost completely wiped out.

“The church is without the tower, the elementary school has no roof and insulation anymore, only walls remained from what were houses...It's really terrible.”

Meteorologist Martin Setvak said it was the most damaging tornado in the country's modern history. He said it's still unclear whether it was a single twister or several independent ones.

According to Setvak, the country experienced anywhere between one and seven tornadoes annually up until 2020, but all were relatively weak.