The lizard in the video is an Asian Water Monitor that is quite common in various parts of Thailand. 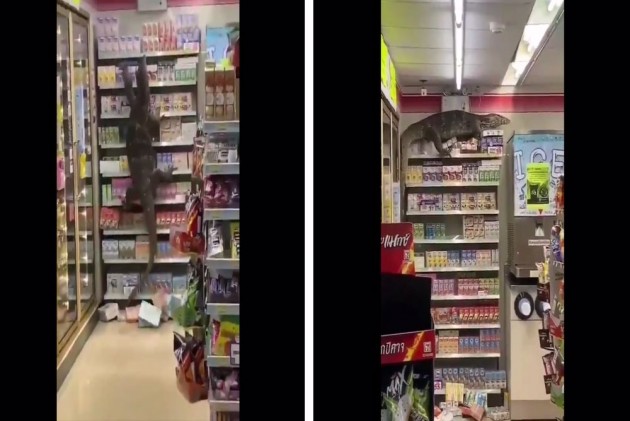 A video from a supermarket in Thailand has surfaced online. The video which has now gone viral on social media platforms shows a giant monitor lizard climbing on shelves at a 7 Eleven store in Thailand.

The horrific video was initially posted by travel agency Mundo Nomada where the 6-foot lizard can be seen knocking down the packets and making space for itself at the top shelf.

In a longer version of the video posted by Insider Paper, the lizard can also be seen trying to open the glass of the refrigerator before scaling the shelves.

Mundo Nomada in another tweet explained that the lizard in the video is an Asian Water Monitor that is quite common in various parts of Thailand.