The incident comes amid heightened tensions in the sub-continent after the Pulwama terror attack where 40 CRPF jawans were killed. 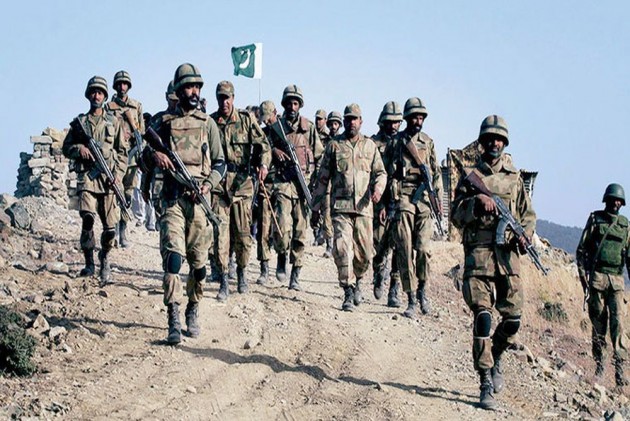 Nine Pakistani soldiers were killed and 11 injured in a suicide attack on an army convoy in Quetta, Balochistan province, just ahead of Saudi Crown Prince Mohammad bin Salman's Pakistan visit on Monday.

The Baloch Raji Ajoi Sangar (BRAS) has claimed responsibility for the attack between Turbat and Panjgur, on the China-Pakistan Economic Corridor (CPEC) route.

"The Baloch pro-freedom organisation has claimed that its fighters had attacked the Pakistani security personnel on CPEC route between Panjgur and Turbat city," officials quoted as saying.

FC Balochistan spokesperson Wasay Khan said the militants struck when guards were being changed at the check posts.

Balochistan Chief Minister Jam Madad Khan has condemned the attacks and termed them as attempts to disrupt peace and progress in the province which shares its borders with Iran and Afghanistan.

"It is a conspiracy against the Balochistan and development projects in the province," he said.

The attacks came days after the head of the Iranian Revolutionary Guard, Major General Muhammad Ali Jafari, asked Pakistan to crack down on a banned terror outfit which killed 27 soldiers at a town in Iran's southeastern region which borders Balochistan.

Jafari in the past has accused Pakistan of harbouring militants and said Iran reserves the right to use force to punish the militants.

Earlier, last Thursday, 40 Central Reserve Police Force (CRPF) personnel were killed in Jammu and Kashmir when a Jaish-e-Mohammed suicide bomber rammed a vehicle carrying over 100 kg of explosives into their bus in Pulwama district.  It was the worst-ever attack in Jammu and Kashmir since militancy erupted in the state in1989.