9/11: How Politicians And Media Turned Terrorism Into An Islamic Problem

Scholars have long argued that there is a symbiotic relationship between the news media and terrorism. For journalists, terrorist violence fulfils core news values that help attract and secure large audiences. For terrorists, news coverage provides a sense of legitimacy and the oxygen of publicity vital to their cause. 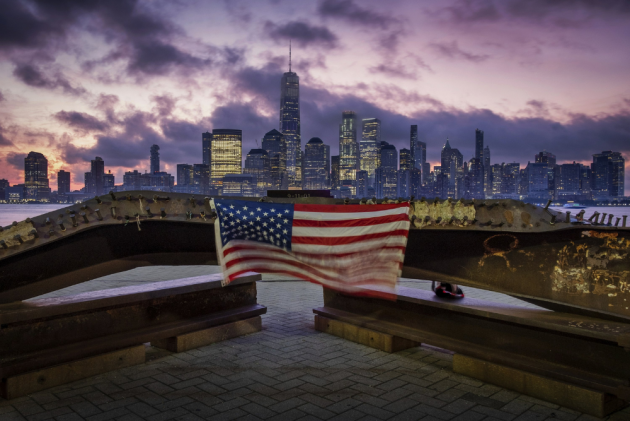 As we mark the 20th anniversary of the September 11 attacks, it is important to reflect on the legacy that event – and the “war on terror” more broadly – has had for the way news media cover terrorism. Though we should be clear that terrorism as we define it now predates the attacks by well over a century, what is significant about the events of 9/11 is the way they turned terrorism into a near-constant feature of the daily news cycle.

Scholars have long-argued that there is a symbiotic relationship between the news media and terrorism. For journalists, terrorist violence fulfils core news values that help attract and secure large audiences. For terrorists, news coverage provides a sense of legitimacy and the oxygen of publicity vital to their cause. No event illustrates this relationship more than 9/11.

Timed to coincide with morning news schedules across America, the attacks on the World Trade Center factored in a 17-minute delay between the two aircraft hitting the buildings to help maximise drama and ensure that network camera crews had time to focus on events. In some cases, news networks reported non-stop for nearly 100 hours to millions around the world.

In interviews for my book on the BBC’s portrayal of the al-Qaida threat during this time, one journalist recalls how monumental that day was: It’s hard to emphasise now the way it made the world stop. And it did that in a way that hardly any other event had ever done before in my lifetime. It was staggering … watching the horror of what had happened, the number of people killed, and then watching the collapse of those iconic towers.

In the years since, the number of newspaper articles featuring the words “terrorism” or “terrorist”, both in the United States and Britain, have increased exponentially. This was despite the fact that terrorist attacks in Europe and North America were much more common during the 1970s and 1980s. These were typically carried out by left- or right-wing nationalist organisations.

Whose views make the news?

Aside from the drama and newsworthiness of the 9/11 attacks, a major reason why terrorism dominated headlines was because politicians and other “elite” figures began talking about terrorism. A lot.

Political communications scholarship has long noted the influence of powerful sources over the news agenda. Yet studies reveal how, in the days, weeks and months after 9/11, politicians and security sources (often anonymous and unnamed) dominated the news of the terror threat during this period and helped encourage an atmosphere of patriotic fervour. It has also been claimed that politicians adopt more emotive language when talking about terror threats, further increasing the news value of such information.

As the “war on terror” expanded, terrorists themselves emerged as a key source of news. The rise of the internet and the emergence of social media, meant that terrorist groups had far greater access to the news media than ever before. Over time, grainy, homespun propaganda images transformed into spectacular, Hollywood-style exercises in terror PR which could be instantly shared with a global audience of supporters.

But despite the presence of such imagery in western news coverage, media reports often failed to include detailed explanations for why terrorists sought to adopt violent tactics. Findings indicate that western media typically omit the political dimension of terrorist propaganda videos, but retain the more threatening, often exotic, aspects.

The Islamisation of terrorism

Perhaps the most damaging legacy of 9/11, however, has been the homogenisation and Islamisation of the terror threat. This has resulted in the conflation of Islam and Muslims with terrorism in much news coverage.

In the UK, for instance, research shows that news audiences saw a dramatic increase in news about Islam and Muslims in the years after the 9/11 attacks, with peaks in 2001 and 2006. While not always negative in tone, media reports indicate a thematic focus on terrorism, violent extremism and the cultural difference of Muslims.

In America, moreover, scholars have shown how terrorist attacks involving Muslim perpetrators tend to receive around 375% more attention than when the culprit is a non-Muslim.

But despite a fascination with Islamic terrorism, the Global Terrorism Index reminds us that only 2.6% of attacks and 0.51% of deaths by terrorism occur in western nations. The vast majority of such attacks tend to be motivated by ethno-nationalist causes, rather than Islamist. What is more, the five countries most affected by terrorist violence (Afghanistan, Iraq, Nigeria, Syria and Somalia) are countries that are predominantly made up of people who identify as “Muslim”.

The 9/11 attacks ushered in a new age of terrorism. Those events, and the resulting “war on terror”, profoundly increased the value of terrorism as a newsworthy topic. The attacks also made sure that the groups who have a vested interest in exaggerating terror threat levels, such as politicians or members of the security services, remain the major voices shaping news coverage. And, for those groups, only one type of “terrorism” was deemed important.

Recent comments by the former UK prime minister Tony Blair about the existential threat posed by what he refers to as “Islamism” to western nations shows that reductive rhetoric about “good” and “bad” Muslims still captures the attention of news media. This is the case even when campaigners warn of more localised dangers.

If the media are to learn anything from two decades of the “war on terror”, therefore, it is to better understand the lessons that where so powerfully demonstrated on 9/11. That means finding ways of reporting terrorist events that do not sensationalise or overstate terrorist violence. It means challenging the simplistic way politicians tend to frame the issue and contextualising events as they happen. And, finally, it involves recognising and combating the entrenched stereotypes that demarcate “us” from “them”.

If not, the news media will continue to be “hijacked” by terrorism.