9/11 Remembrance Services Altered This Year Due To Covid-19

Socially-distanced ceremonies to be held this year, while the cherished tradition of relatives reading out the victims’ names stands cancelled. 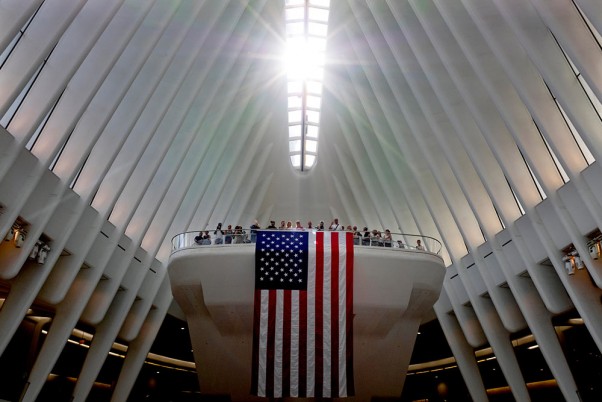 In a year when the coronavirus pandemic has reshaped countless socio-cultural rituals worldwide, the commemoration of 9/11 is no exception. The 19th anniversary of the terror attacks will be marked by ceremonies at the September 11 memorial plaza and at another spot near the World Trade Center, reflecting the memorial's decision to suspend a cherished tradition of relatives reading victims' names in person.

Vice President Mike Pence is expected at both those remembrances in New York, while President Donald Trump and Democratic Presidential nominee Joe Biden plan to attend a truncated ceremony at the Flight 93 National Memorial in Pennsylvania.

In New York, the tradition of projecting double beams of light that evoke the fallen twin towers was almost cancelled citing the pandemic, but public uproar sparked a change of heart amongst the authorities.

The Fire Department has cited the virus in urging members to stay away from any observances of the 2001 attacks that killed nearly the 3,000 people, among them almost 350 firefighters.

Some victims' relatives say they understand the ground zero observance had to change this year due to the unforeseen circumstances. Others fear that the pandemic is making plain what they feared was happening all along—a fading commitment to the ‘Never Forget’ cause.

“It's another smack in the face," says Jim Riches, who lost his son Jimmy, a firefighter who was killed during the attacks. The father is staying home on the anniversary for the first time this year because he doesn't want to take chances with the coronavirus after a prior illness. But he feels others should have the option of reciting the names of the dead on the memorial plaza, instead of listening to a recording. Memorial leaders said they wanted to avoid close contact among readers, who are usually paired at the podium. But to Riches, a retired fire battalion chief himself and a frequent critic of the memorial organization, complained that the decision sounds like an excuse for side-lining the families' role in commemorating 9/11.