Foreign ministers of the Shanghai Cooperation Organisation met in Dushanbe, Tajikistan Wednesday to discuss the situation in neighbouring Afghanistan where the Taliban claims it controls nearly 85 per cent of the territory. 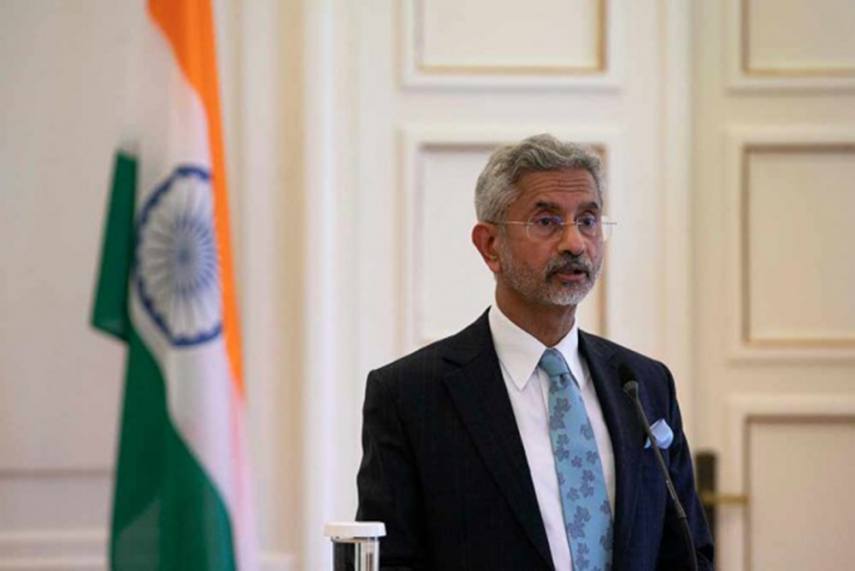 With the US and NATO forces all but gone from Afghanistan, and an intra-Afghan settlement nowhere in sight,  regional countries are bracing to face the fall-out of the chaos left behind by the Americans.

Foreign ministers of the Shanghai Cooperation Organisation (SCO)  met in Dushanbe, Tajikistan’s capital Wednesday to discuss the situation in neighbouring Afghanistan where the Taliban claims it controls nearly 85 per cent of the territory. The foreign minister’s meeting was followed by the SCO-contact group on Afghanistan to review the unfolding crisis there.

The urgent need of the hour is to get some kind of a power arrangement worked out between the Ashraf Ghani-led government and the Taliban. Without the Afghan factions ready to sit down and talk regional forces can do little to help.

Soon after the SCO contact group meeting, Jaishankar in a series of tweets laid down India’s views on Afghanistan.  "Peace negotiations in earnest is the only answer. An acceptable compromise that reflects Doha process, Moscow format and Istanbul process is essential. The future of Afghanistan cannot be its past. A whole new generation has different expectations. We should not let them down,’’ Jaishankar said at the meeting. "The challenge is to act seriously and sincerely on these beliefs," he said adding, "Because there are forces at work with a very different agenda," perhaps in a dig at Pakistan?

"The world is against seizure of power by violence and force. It will not legitimise such actions,’’ an obvious reference to the Taliban’s relentless effort to capture territory and establish control across the country.

"Ceasing violence and terrorist attacks against civilians and state representatives, settle the conflict through political dialogue, and respect interests of all ethnic groups, and ensure that neighbours are not threatened by terrorism, separatism and extremism." He added, "The world, region and the Afghan people all want the same end An independent, neutral, unified, peaceful, democratic and prosperous nation."

India and every other country may keep giving their views but finally, it is up to the Afghans themselves to sit together and work this out. While many countries including Russia and China are happy that the US and NATO troops have left, their presence helped to keep the status quo and the government of Ashraf Ghani in nominal control. Pakistan is keen that China replace America’s central role in Afghanistan. Islamabad is of the view that China can offer incentives to all parties concerned in Afghanistan to encourage them to settle differences through a peace deal. Islamabad wants Iran and Russia to also work with China and Pakistan in Afghanistan. If China becomes a major player in Afghanistan, Pakistan hopes it will ensure that India is out of the picture.

The consequences of instability in Afghanistan will affect the regional powers. Three members of the SCO- Pakistan, Tajikistan and Uzbekistan share land borders with Afghanistan. Last week nearly  1000 soldiers of the Afghan National Army crossed the border to Tajikistan to escape the Taliban forces that had overrun a key border crossing. The fallout of a civil war in Afghanistan will not just affect the three immediate neighbours but the region as a whole. China’s Muslim dominated Xinjiang province shares a short border with Afghanistan. Anxiety about Islamic fundamentalist groups crossing to the Xinjiang to join hands with Muslim rebels in the province is a major worry for Beijing. Besides an unstable Afghanistan will affect China’s ambitious Belt and Road Initiative and the China-Pakistan-Economic Corridor, which is at the heart of the BRI. Already unrest in the neighbouring Pakistan province of  Balochistan is worrying China. The situation will get worse if  Afghanistan slips into another civil war. India is equally worried that foreign fighters from Syria and Iraq many of whom are heading to Afghanistan may get into action in Kashmir. For Russia, its restive Muslim majority Chechnya region could get fresh impetus from jihadi elements in Afghanistan. Iran is concerned about the fate of the Shia’s in Afghanistan if the Taliban were to take control. So every regional country has major stakes on a stable Afghanistan.