Afghanistan: The Crisis Which Will Define US President Joe Biden

Biden found himself in a real-time crisis that overrides the platitudes he offered when running for the office and in the early months of his presidency. 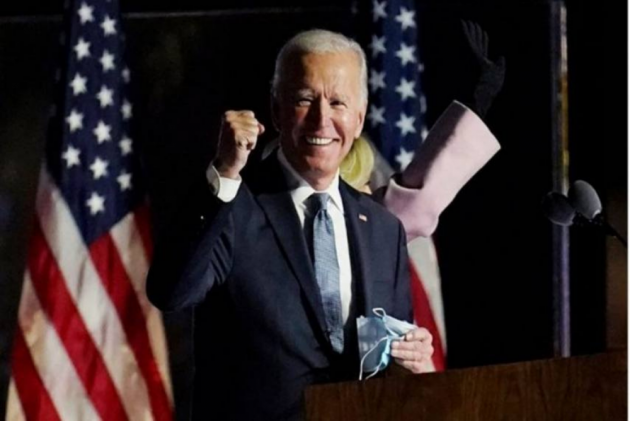 It's called the loneliest job in the world for a reason.

Surrounded by everything a superpower can offer and watched by all, President Joe Biden wore the weight of a lonely man as he came to grips in recent days with the deadly end of the American effort in Afghanistan and tried to keep the focus on what, to him, is the bottom line.

“Ladies and gentlemen," he said as the death toll mounted in Kabul, Afghanistan's capital, "it was time to end a 20-year war.”

The need for crisis-driven leadership comes to all presidents. Now, on several fronts at once, it has come to him, and fast.

In the aftermath of the Kabul suicide bombing that killed 13 U.S. troops and more than 170 Afghans, U.S. military forces are racing to get fellow citizens, aligned Afghans and themselves out of the country by Biden's stated deadline of Tuesday.

Biden found himself in a real-time crisis that overrides the platitudes he offered when running for the office and in the early months of his presidency. “America is back," he likes to say. But in Afghanistan, after the longest war in U.S. history, America is conspicuously leaving.

The U.S. is leaving with the Taliban forces it long fought against back in control and with an affiliate of the Islamic State group — an organization declared vanquished by the last U.S. president — reasserting its virulence in the devastation at Kabul's airport.

Goodwill washed over Biden through his first six months or so, when he scored points with the public and much of the world simply by not being Donald Trump.

The United States appeared on the verge of victory over the pandemic, too. Vaccine supplies surged, cases plunged in response and even Republicans gave Biden a measure of the credit.

Those days now seem like a distant memory. Criticism is raining down on him, with Republicans blaming him for the calamity in Kabul and even Democrats breaking from him for the first time on a major issue.

Asked whether Biden is feeling frustrated or a sense of resignation from the turmoil of the moment, White House press secretary Jen Psaki said “there's just not a lot of time for self-reflection right now.”

To Pulitzer Prize-winning historian Joseph Ellis, the bloody, harried scenes the world is witnessing from Kabul are not the fruit of poor evacuation planning or incompetence by the United States, but, simply, of defeat.

“It seems to me that we're watching something occur that was inevitable once we stepped in,” he said. “There's no memory here. This is what happens when you lose a war."

Presidents are defined by how they handle crises, and Biden now confronts more than one, each requiring urgent attention.

While the drama in Kabul unfolds, the delta variant of the coronavirus threatens to undo much of the progress his administration had achieved in the first six months. On top of that, he has had to address deadly flooding in Tennessee, devastating wildfires in the West, a hurricane that grazed the East Coast and relief efforts for earthquake-stricken Haiti.

This past week, he was also dealt setbacks by the Supreme Court. First, justices ordered the reinstatement of a Trump-era policy that forced migrants seeking U.S. asylum to wait in Mexico, often in dire conditions.

Then, as pandemic-era housing aid sits bottlenecked in state and local governments, the court's conservative majority blocked the Biden administration from enforcing a temporary ban on evictions, leaving perhaps 3.5 million people at risk of losing their homes.

For now, Afghanistan overshadows everything. Biden declared “the buck stops with me” yet has alternately blamed Afghan forces and their government for caving to the Taliban, and Trump for negotiating a bad agreement for the U.S. exit.

It was Biden's choice, though, to execute the U.S. withdrawal called for in that agreement, even if a few months later, and he will be measured by the consequences of having done so. One of his central rationales for the presidency is being tested: that four decades of experience at the highest levels of government prepared him to handle the pressures of the office with seasoned competence .

Cal Jillson, a presidential historian at Southern Methodist University, said there was no good way to leave Afghanistan.

“You cannot stick the dismount," he said. “Unless you win, it is bound to be ugly. And we did not win."

He said that “while Trump actually arrived at a deeply flawed agreement with the Taliban, it was Biden who undertook to execute that plan, with minor revisions.”

Biden, he said, " along with the public, wanted out of Afghanistan, the sooner the better. Nobody likes the exit.”

Crises can forever stain the legacies of presidents, or they can pass.

President Bill Clinton in his first year endured the bloody tragedy of the battle of Mogadishu, Somalia, while President George W Bush had the false predicate of weapons of mass destruction for starting a war with Iraq. President John F. Kennedy survived the embarrassment of the Bay of Pigs invasion of Cuba. Trump survived himself.

At least one of those presidents was enough of a student of history to know that the loneliness of the office, spoken of by William Howard Taft as he left that office in 1913, would come with the territory.

“He is alone — at the top — in the loneliest job in the world," Kennedy told a 1960 Democratic dinner before his election that fall. (AP)