The White House said the leaders agreed on the need for close coordination with allies about the future of aid and support to Afghanistan now that the Taliban is in charge. 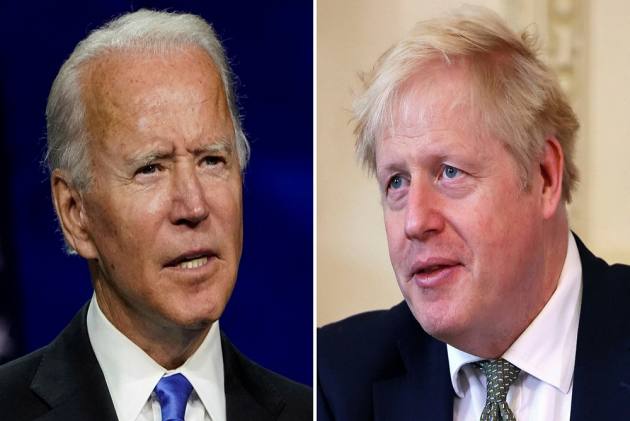 President Biden spoke to U.K. Prime Minister Boris Johnson today about the developing situation in Afghanistan — his first talk with a world leader since the nation's government fell to the Taliban, per a White House readout of the call.

The White House said that during Monday's conversation Biden and Johnson “commended the bravery and professionalism of their military and civilian personnel” who are working to evacuate their countries' citizens and allies from the country.

The White House said the leaders agreed on the need for close coordination with allies about the future of aid and support to Afghanistan now that the Taliban is in charge.

Johnson holds the presidency of the Group of Seven wealthy democracies, and the White House says he will convene a virtual meeting of the group next week to discuss the path forward in Afghanistan.