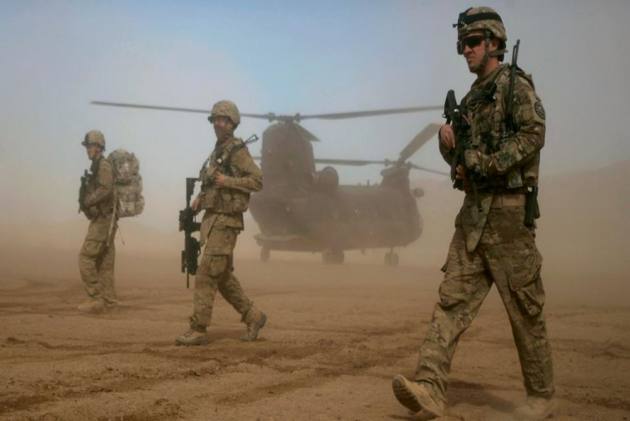 The countdown for the US and NATO forces to leave Afghanistan is well underway. With no political settlement in sight fears are mounting of another spree of violent strife in this war-ravaged nation. Those familiar with Afghanistan predict a civil war. The general consensus among experts is that the war will result in an all-out Taliban victory. The consequences for the region, including India are alarming.

The Islamic Emirate of Afghanistan, which ruled from 1996-2001 will be back with Shariya rule in place. All this of course unless a political settlement is worked out before the September pull-out of foreign troops. At the moment with just two months to go there is no progress in intra-Afghan talks which focusses on political power sharing and bringing the Taliban back into the mainstream.

Without a settlement will it be a return to the dark days of Taliban rule? A small minority believe that the Taliban cannot go back to the past. The group has evolved in the last twenty years, it has signed an agreement with the US, and is engaging with China, Russia, Iran and of course Pakistan. India has also reached out to the Taliban. But the majority view is that the Taliban is also a divided house, and no one really knows what to expect of them. If the hardliners have their way, it will be back to square one.

During its first stint in power, women were not allowed out without a male escort, education for girls banned, music stopped as un-Islamic, and a general reign of terror let loose by the Taliban especially in the cities. Entertainment was public hanging with raucous crowds watching the fun. The fate of former Russian-backed President Najibullah is etched in people’s memory. The Taliban were not on the scene then, it was the Mujahideen warriors who went for Najibullah. The late president ran for shelter to the UN compound in Kabul, but he was dragged out and killed. His head was put up on a lamp post. Revenge killings will accelerate. The fate of the current crop of leaders will be uncertain as they are regarded as traitors.

The optimists believe there will be no return to those dark time.  Many point to the fact that in the last 20-years much has changed in Afghanistan. People have got a taste of freedom and unlikely to be cowed down. Nor will the international community let the slide happen.  There is talk of coming positioning American and NATO forces in the vicinity so as to ensure that Al Qaeda or ISIS does not again find a foothold.  There were murmurs of positing CIA operatives in neighbouring Pakistan. But Imran Khan has emphatically rejected allowing any US base in Pakistan. If the Al Qaeda again makes headway in Afghanistan the US will act, from anywhere in the neighbourhood, using drone technology. But so long as America is not under threat, Washington is likely to leave it to regional powers to do what they must.

At last week’s meeting of President Ashraf Ghani and chief peace negotiator Abdullah Abdullah with President Joe Biden, they got American commitment to continue financial support for Afghanistan, but beyond that nothing of significance was out in the public domain.

On the ground in Afghanistan fierce fighting is already underway with news of more and more districts, security and military posts with equipment being taken over by the Taliban. The Afghan National Army is not yet trained or equipped to stop the Taliban. In the last few years, the Afghan army was able to call on US air support to help them out of tricky situations. Without that option it will be even more difficult for the national army to resist the Taliban. Reports of soldiers switching loyalty are coming in from several areas.

There are different accounts of how much territory is in Taliban control, but all sources are agreed on one thing—the group controls more territory today than it did at any point since 2001. According to Deborah Lyons, UN envoy for Afghanistan, since May this year, the Taliban writ runs in 50 of the 370 districts of the country. The districts the Taliban has overrun are encircling provincial capitals, indicating that the fighters are ready to move in at the right time, perhaps after the Americans leave. But another estimate is that the Taliban is in as many as 142 districts of the country.

Local OLO news reported two days ago that of the 18 districts in Ghazni province seven are with the Taliban, another three are also largely with the fighters though the centres remain with the government. They quoted a local politician as saying that two more districts fell since then. Again, the Taliban has captured Afghanistan’s main border crossing with Tajikistan on Tuesday in the northern province of Kunduz. But government forces counter-attacked and has since wrested control.

Ever since the Taliban signed a pact with the US in February of 2020 during President Trump’s tenure, when the Americans agreed to go back, the Taliban had declared victory. It is also true that removing every foreign soldier from Afghanistan was a major aim of the group. They had said right from the start that unless all US and NATO troops cleared out of Afghanistan they would continue to fight.

The Taliban has promised not to allow Al Qaeda, or any other group launch plan another attack on America from Afghan soil. By several American experts do not believe the Taliban. They contend that Al Qaeda is heavily embedded with the Taliban and have historic, marital and tribal links with them.

If the Taliban go back to their old ways, it will be a major security problem for Afghanistan’s neighbours including Pakistan. For India the worry is Kashmir, where jihadi fighters can cross over from Pakistan to lend their expertise to fight the Indian forces in the valley. It is too early to paint a doomsday scenario, but the signs are ominous.