Afghanistan: Taliban has been accused by Human Rights Watch of killing or disapperaing more than 100 former Afghan security personnel,since they came to power in August this year. The actual number could be much higher said the human rights group. 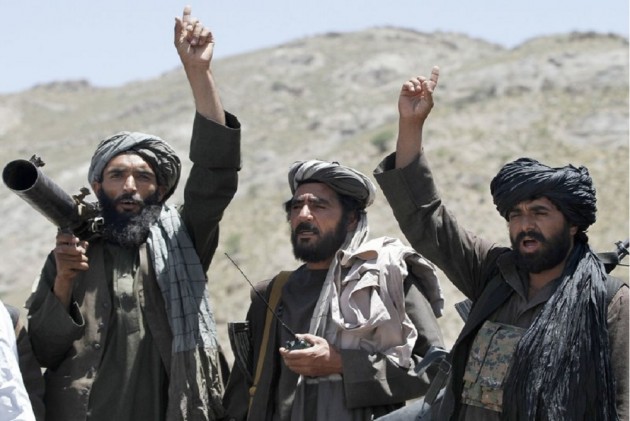 Following the collapse of the Afghan government, thousands of former security personnel faced imminent danger from the Taliban, which now rules the country.

Rights organizations reported that scores of them have become victims of targeted killings, and that there are many more whose fate is unknown.

Human Rights Watch published a report in late November, documenting the killings and disappearances of former members of the Afghan army, police, intelligence services and pro-government militias, who surrendered to the Taliban between August 15 and October 31.

The global human rights watchdog says it gathered credible information about more than 100 killings or enforced disappearances from Ghazni, Helmand, Kandahar and Kunduz provinces. The Taliban have rejected the reports and termed them "baseless."

DW contacted many former Afghan soldiers and officers about the incidents, but they refrained from commenting on the issue on record. Although some confirmed murders and enforced disappearances across Afghanistan, they asked not to be named.

An Afghan journalist in the northern Balkh province told DW on condition of anonymity that many former Afghan security officials have been killed in Mazar-e-Sharif in the past few weeks.

"Most recently, a former National Directorate of Security officer was kidnapped from his house, and later his body was discovered elsewhere," he said.

The journalist added that security guards of two former ministers from Balkh, as well as some female civil society activists, have been found dead in the outskirts of Mazar-e-Sharif in the past few weeks.

How credible are Taliban amnesty claims?

After toppling Ashraf Ghani's government in August, the Taliban offered general amnesty to all former government employees and soldiers.

Human Rights Watch said the Taliban have gained access to employment records of former government employees and are using these to arrest and execute them.

Local Taliban officials deny any involvement in these killings, claiming these incidents are a result of personal feuds. The Taliban also say they are investigating such incidents.

Responding to the report, Taliban officials say they have relieved 755 members who they have found guilty of murder, torture and illegal detention. But Human Rights Watch said no proof has been provided to corroborate that claim.

Sayeed Khosti, a spokesperson for the Taliban interior ministry, told DW in a video message that the report "lacks credible sources."

"Hundreds of former Afghan officials and soldiers who have killed scores of Afghans are living in Kabul and other parts of the country without any fear," he added.

Jamal (whose name has been changed due to security concerns) was a drone pilot for US forces in Afghanistan. He confirmed four incidents of targeted killings and forced disappearances of former military personnel.

"I have been living separately from my family since the Taliban came to power. I have no contact with my family," he told DW over telephone from an unknown location in Kabul.

Former Afghan drone pilots, who were trained by NATO forces, say they feel abandoned in the current situation.

"Two of my colleagues have been killed by the Taliban and two others are missing. We are in a miserable situation," Jamal said, adding that former drone pilots do not contact each other, fearing the Taliban could tap their phone calls and access their data.

Jamal said the Taliban amnesty claim is meant to fool the international community and hide their crimes.

Former government officials and military personnel are not the only ones facing retribution from the Taliban. Rights activists and journalists say their lives are also at risk.

A female judge in the former Afghan government fled to Greece, along with six of her female colleagues and their families. By the end of October, they had moved to Brazil.

She told The Associated Press that she and the other judges still fear the Taliban, members of which had been sentenced for various crimes in their courts.

The woman, who had been a judge for almost 10 years before the Taliban toppled Ghani's government, said the Taliban recently searched her house in Kabul.

Under the former Western-backed government, Afghanistan had about 300 female judges. Most of them are in hiding now.

"We knew they [the Taliban] wouldn't allow women judges to work. They have released all criminals from jails; the criminals that we sent to prison."