Humanitarian workers are racing against time to deliver aid as winter looms in Afghanistan, UN officials told DW. The situation on the ground is already desperate and 'looks like it's going to get worse'. 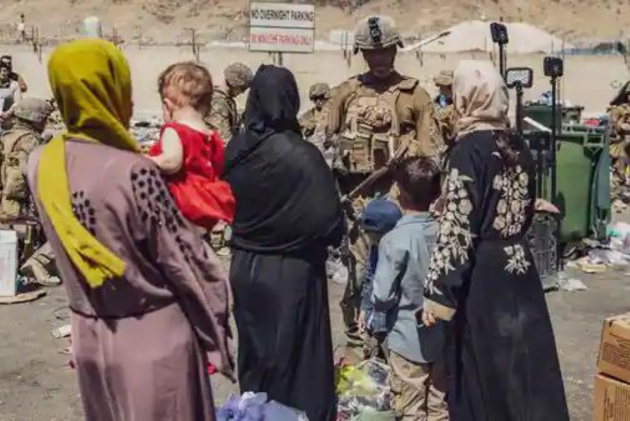 "Around half of the country — 23 million people — are in need of aid, so the scale is extraordinary and it's a fast unraveling crisis to all," Samantha Mort, the chief of communications for UNICEF Afghanistan, told DW in an interview.

Aid agencies, including UNICEF, are racing against time to deliver aid before the onset of winter.

"UNICEF is bringing in aid through chartered flights and through the border with Pakistan so we're getting aid in, but every day it's getting colder," she said.

"There's snow already in the mountains, rural areas are being cut off and it's really a race against time to pre-position those supplies before they're inaccessible," she stressed.

Last week, the UN's special representative for Afghanistan warned that the country is "on the brink of a humanitarian catastrophe," with 22% of the population of 38 million already near famine and another 36% facing acute food insecurity — hunger on a daily basis — mainly because people cannot afford food.

"We've got poverty levels that are off the charts and that means that families are being forced to make desperate decisions," Mort said, adding that parents must take children out of school and make them work.

"Families are being forced to exchange children for dowries in early marriage. We're seeing higher rates of child recruitment by armed groups, so children are extremely vulnerable," she added.

Peter Maurer, president of the International Committee of the Red Cross, said last week that aid groups are struggling to pay doctors, nurses and others on the ground because there is currently no way to transfer salaries to bank accounts in Afghanistan.

Afghanistan's economy is estimated to have contracted by 40% since the Taliban took control in August. The UN has warned that the country's collapsing economy is also increasing the risk of extremism.

Afghanistan on track to become 'largest humanitarian appeal in history'

Richard Trenchard, the representative for the UN's Food and Agricultural Organization in Afghanistan, has warned that the situation in the country "desperate."

"What's really worrying us is that it looks like it's going to get worse," he told DW, adding that acute hunger has spread from rural areas to nine out of 10 of Afghanistan's largest cities.

"Next year I think the humanitarian community here will be asking for well over $4 billion [€3.6 billion] — that would be the largest humanitarian appeal, I think, in history of any country," he said.