Afghanistan: What Taliban Rule Means For Sikhs And Hindus

Afghan Sikhs and Hindus face a precarious future living in a country ruled by the Taliban. While the Islamic fundamentalist group say the minorities will be safe, past experiences have left them wary. 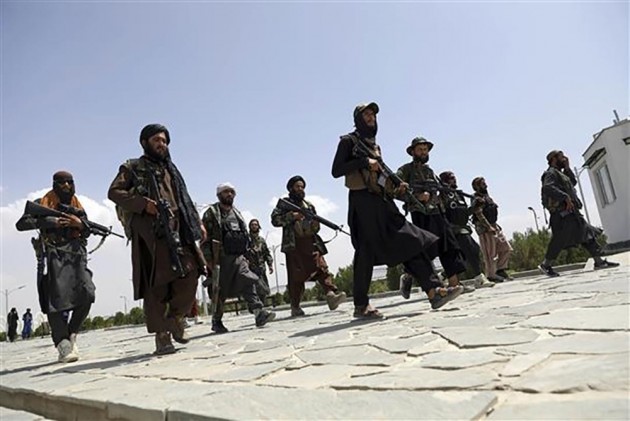 After taking shelter at the Gurdwara Dashmesh Pita at Karta-E-Parwan near Kabul for weeks, Afghan Sikhs and Hindus have left for their homes in different parts of the country.

The collapse of Afghanistan's civilian government and the takeover of the conflict-stricken country by the Taliban last month have thrown the lives of religious minorities in disarray.

Just about 250 Sikhs and Hindus remain in Afghanistan now, after close to 140 of them were unable to access the Kabul airport to board an Indian military evacuation flight following a suicide bomb attack near the airport.

With no flights out of the Taliban-led capital city, they face a precarious future under the radical Islamist regime.

Before the last United States aircraft took off from Kabul airport, India had evacuated nearly 600 people from the Afghan capital. This included 67 Afghan Sikhs and Hindus, including lawmakers Anarkali Kaur Honaryar and Narender Singh Khalsa.

Can a non-Muslim be an Afghan?

The origin of Afghanistan's Sikh and Hindu population goes back centuries, even before the existence of the country, explains Inderjeet Singh, author of the book "Afghan Hindus and Sikhs: History of a Thousand Years."

"The history of Sikhs in modern-day Afghanistan can be traced back to Guru Nanak's time in the region, which coincides with the advent of the religion itself in the 16th century," Singh told DW, referring to the founder of the Sikh faith. "The roots of the Hindu faith go even further back."

But those in power — irrespective of the regime — have portrayed them as outsiders or "foreigners," relegating them to second-class status in the country of their ancestors.

"Sikhs and Hindus are natives — not outsiders," says Puja Kaur Matta, an Afghan Sikh anthropologist, who now lives in Germany. With their roots in Ghazni and Kabul, like many Sikhs and Hindus, her parents emigrated to Europe when Taliban fighters took over Afghanistan in the mid-1990s.

Threat of segregation and harassment

Despite years of systematic and institutional discrimination, the minorities held onto some hope for equal rights under the ousted civilian government. However, this hope was rudely shattered with two massive attacks in 2018 and 2020.

Lawmaker Khalsa's father was killed in the first suicide bombing and at least 25 Sikh devotees were killed in the 2020 Gurdwara attack. A regional affiliate of the "Islamic State" group, IS-K, claimed responsibility for both attacks. The group was most recently responsible for the suicide attack at the Hamid Karzai International Airport in Kabul, where at least 182 people were killed.

Under the new Taliban regime, Sikhs and Hindus fear a return to an era where these minorities were forced to wear yellow tags to denote their non-Muslim status.

"Sikhs and Hindus have been targeted for their faith," Kaur says. "A generation of children could not go to school over fears of harassment. They were not even allowed to cremate their loved ones without the threat of being stoned in public." Home denotes a sense of stability, which these communities lost a long time ago.

As India looks to welcome Sikhs and Hindus from Afghanistan, the country's inconsistent policy toward asylum-seekers and refugees has left hundreds in the lurch. The government's policy towards asylum-seekers differs considerably, either based on relations with the country from where they are arriving or after considering domestic politics.

Last month, New Delhi said it would grant asylum to Afghans of all religions, going beyond helping just Afghan Hindus and Sikhs. But what the government says might not reflect what happens on the ground.

With no asylum policy in place, there remains little transparency about how people are being granted visas.

In addition to a lack of clarity over their refugee status, life in India is not easy. Delhi, which houses most of the Afghan diaspora, is an expensive city. Most Afghans here do not have work permits. Surviving on handouts is not an option.

Dreams of a stable life

Sikhs and Hindus fleeing Afghanistan hope to start a new life — a stable life — and secure a bright future for their children.

Now 29 years old, Kaur Matta was one such child when her parents decided to leave Afghanistan, opening up a world of opportunities for her. Now she wants to encourage conversations about her community.

But even as Sikhs and Hindus leave Afghanistan in large numbers, some families have decided to stay back in the country as caretakers of their places of worship — their leftover heritage. They have taken these decisions against all odds.

"We do not have a home," says Kaur Matta. "In Afghanistan, people call us Indians. In India, we are Afghans."

"All we ask for is a safe haven where we can live our lives without fear — a place where we can practice our religion, follow our customs, get jobs, raise our children without the fear of persecution."