The development comes as the manufacturer struggles to cope with the fallout from both the Indonesia crash and another in Ethiopia this month. 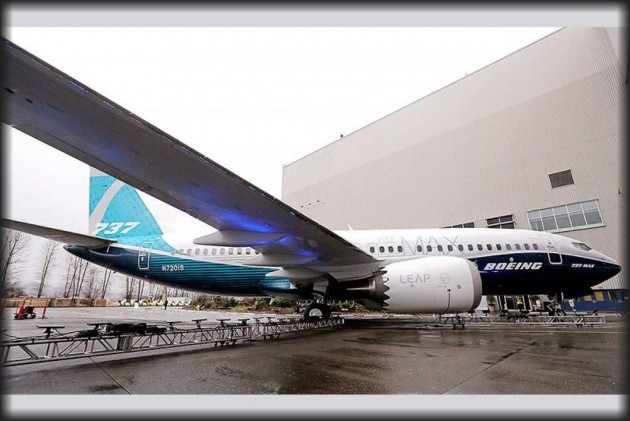 Boeing's 737 MAX aircraft will be outfitted with a warning light for malfunctions in the anti-stall system suspected in October's fatal crash in Indonesia, an industry source told AFP Thursday, standardizing a feature previously sold as an optional extra.

The development comes as the manufacturer struggles to cope with the fallout from both the Indonesia crash and another in Ethiopia this month, which have cast a spotlight on the safety certification process and shaken confidence in a plane that is crucial to its future plans.

Known as a "disagree light," this safety feature will become standard and is among the modifications the company will present to US authorities and clients in the coming days, the source said on condition of anonymity.

Neither the Lion Air aircraft which crashed in Indonesia, nor the Ethiopian Airlines jet, had the feature, the source said. More than 300 people perished in the two cases.

American Airlines, which operates 24 737 MAX 8, had bought the option, anticipating potential malfunctions, a source close to the matter told AFP.

So too had Southwest Airlines, the plane's biggest customer, which also bought an additional "Primary Flight Display" option, according to a spokesperson.

Modifications are in the final stages but Boeing wants to be certain this meets the expectations of regulators and customers, the industry source said.

Neither Boeing nor the Federal Aviation Agency offered comment when contacted by AFP.

But an industry expert, Scott Hamilton from Leeham Company, said the system should have already been included.

"Instrument disagree warnings should be standard and they are important for pilots to know when instruments disagree with each other," he said.

"Boeing made this an option because it could, and make money by selling it. Simple as that." The warning light will be activated if sensors transmit incorrect data to the plane's Maneuvering Characteristics Augmentation System (MCAS), which is intended to detect and correct stalls by reducing the aircraft's pitch.

Preliminary results in the investigation into October's Lion Air crash in Indonesia indicate an "angle of attack" sensor, which feeds data to the MCAS, had malfunctioned.

But despite malfunctioning, the sensor continued transmitting data to the plane's onboard electronics, including the MCAS.

That system takes control of the aircraft, pointing its nose downward, even if the pilot resists, so long as the system is not deactivated, something the Lion Air crew did not know.

The Ethiopian Airlines crash led to the global grounding of 737 MAX aircraft.

A criminal investigation is currently underway in the United States, with authorities reportedly scrutinizing how the plane received safety certification from US aviation regulators.

Senator Ted Cruz, the Texas Republican, called Wednesday for a hearing of the Commerce Subcommittee on Aviation and Space, for March 27, with three transportation officials, notably the acting head of the Federal Aviation Administration.

Cruz intends to hold a second hearing to question Boeing officials as well as pilots and others in the industry.

The investigations will likely zero in on the FAA's program of outsourcing its certification process to airplane manufacturers themselves.

The trend has accelerated due to budget cuts and the increasing volume of air travel, industry sources told AFP. In the case of the 737 MAX, Boeing expressed a case of urgency because of its medium-haul competition with the Airbus A320Neo that launched shortly before, the sources said.

Although it has suspended deliveries of the 737 MAX, Boeing has decided to continue production.