Approximately 3.5 million people are at risk if India's Mullaperiyar dam in Kerala, built over 100 years ago, 'fails' 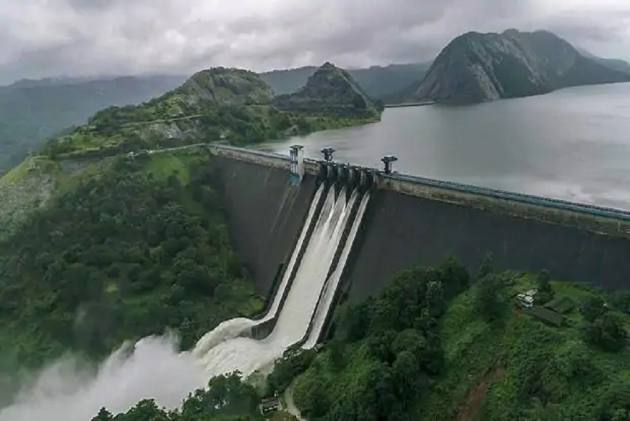 Over 1,115 large dams in India will be approximately 50 years old in the next four years and such a progressive decline poses a growing threat to the world, says a UN report that highlights creeping water risk and storage loopholes.

By 2050, most people on Earth will live downstream of thousands of dams built in the 20th century, according to the report titled ''Ageing water infrastructure: An emerging global risk''.

Compiled by United Nations University's Canadian-based Institute for Water, Environment and Health, the report mentions that most of the 58,700 large dams worldwide were constructed between 1930 and 1970 with a design life of 50 to 100 years.

It said at 50 years, a large concrete dam "would most probably begin to express signs of ageing."

"By 2050, most people on Earth will live downstream of tens of thousands of large dams built in the 20th century, many of them already operating at or beyond their design life," according to the UN University analysis.

The analysis includes dam decommissioning or ageing case studies from the USA, France, Canada, India, Japan, and Zambia and Zimbabwe.

According to the report, the world is unlikely to witness another large dam-building revolution as in the mid-20th century, but dams constructed then will inevitably be showing their age.

The report said that 32,716 large dams (55 per cent of the world's total) are found in just four Asian countries: China, India, Japan, and South Korea -- a majority of which will reach the 50-year threshold relatively soon.

The same is true of many large dams in Africa, South America, and Eastern Europe, it said.

The report said that approximately 3.5 million people are at risk if India's Mullaperiyar dam in Kerala, built over 100 years ago, "were to fail".

"The dam, in a seismically active area, shows significant structural flaws and its management is a contentious issue between Kerala and Tamil Nadu States,” it said.

The report added that dams that are well designed, constructed and maintained can "easily" reach 100 years of service but predicts an increase in "decommissioning" -- a phenomenon gaining pace in the USA and Europe -- as economic and practical limitations prevent ageing dams from being upgraded or if their original use is now obsolete.

Worldwide, the huge volume of water stored behind large dams is estimated at 7,000 to 8,300 cubic kilometres -- enough to cover about 80 per cent of Canada's landmass under a meter of water.

"Underlined is the fact that the rising frequency and severity of flooding and other extreme environmental events can overwhelm a dam's design limits and accelerate a dam's ageing process. Decisions about decommissioning, therefore, need to be taken in the context of a changing climate," Smakhtin said.

Lead author and UNU-INWEH Senior Researcher Duminda Perera said the problem of ageing large dams today confronts a relatively small number of countries -- 93 per cent of all the world's large dams are located in just 25 nations.

"Large dam construction surged in the mid-20th century and peaked in the 1960s-70s especially in Asia, Europe and North America, while in Africa the peak occurred in the 1980s. The number of newly-constructed large dams after that continuously and progressively declined,” he said.

The pace of large dam construction has dropped dramatically in the last four decades and continues to decline in part because "the best locations for such dams globally have been progressively diminishing as nearly 50 per cent of global river volume is already fragmented or regulated by dams," the report says.

There are also strong concerns regarding the environmental and social impacts of dams, and large dams in particular, as well as emerging ideas and practices on the alternative types of water storage, nature-based solutions, and types of energy production beyond hydropower, it said.

Public safety, escalating maintenance costs, reservoir sedimentation, and restoration of a natural river ecosystem are among the reasons driving dam decommissioning, the report said, adding that overall, dam decommissioning should be seen as equally important as dam building in the overall planning process on water storage infrastructure developments.