Minor ash deposits are visible at the volcano, located 772 kilometres southwest of Anchorage. 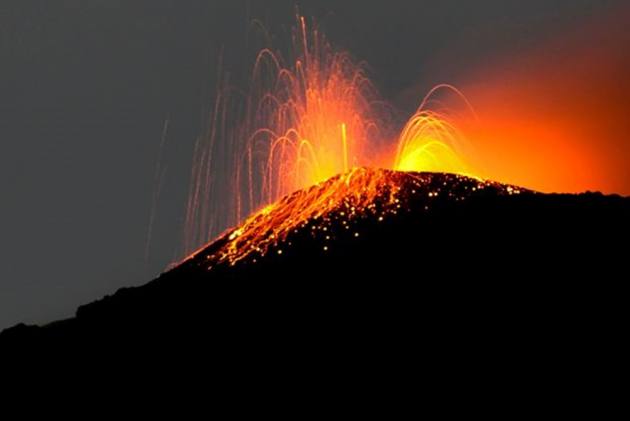 A small explosion was recorded Thursday at a remote volcano on the Alaska Peninsula, prompting officials to raise the alert level.

Officials said eruptive activity typically includes minor ash, lava fountaining and lava flows from the small cone in the ice-filled summit caldera. Ashfall is usually confined to the summit crater but larger explosions can send ash to nearby communities, as happened in a 2018 eruption.

Veniaminof is one of the most active volcanos in the Aleutians, erupting at least 14 times in the last 200 years.

The stratovolcano located in the Alaska Peninsula National Wildlife Refuge is usually shrouded in fog and clouds, and the entire volcano is usually only visible once or twice a year, the park service said.

Mount Veniaminof, with an elevation of 2,507 metres, has an ice field of 64.75 square kilometers. The park service says it's the only known glacier on the North American continent with an active volcanic vent in the centre.